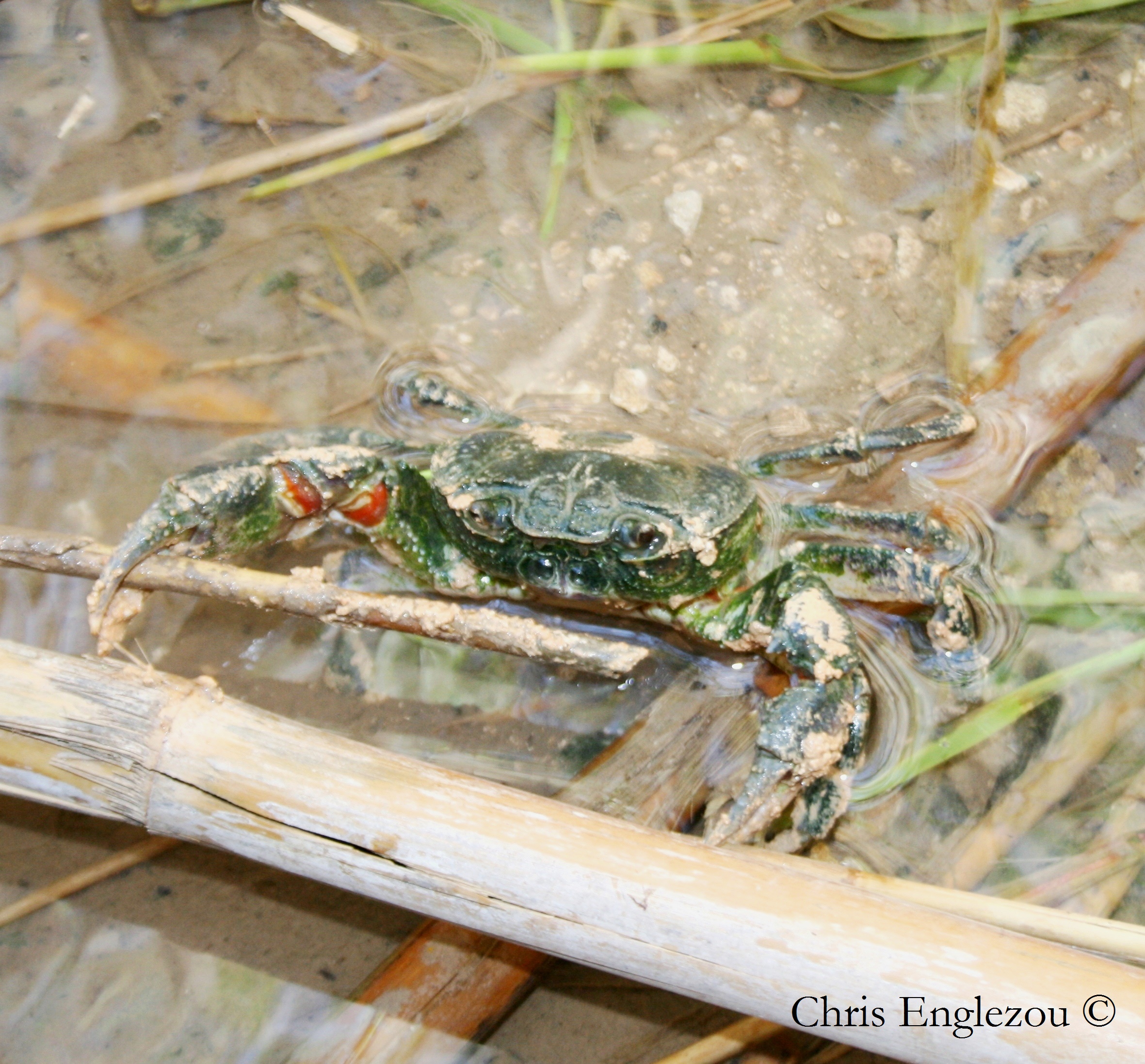 Potamon fluviatile lanfrancoi is definitely not the short name for the Maltese freshwater crab. In Maltese language it is referred to as Qabru and was originally described from seven localities across Malta and Gozo islands by D. Capolongo and J. L. Cilia in 1990.  Ten years later the subspecies status was revised in a publication by Brandis et al and the genus Potamon was split into four subgenera: Potamon, Eutelphusa, Pontipotamon and Orientopotamon.  The Maltese crab is currently identified as Potamon (Eutelphusa) fluviatile although revocation of the subspecies status is not widely accepted in Malta since the endemism of the “subspecies” to the islands is its strongest argument for its conservation. 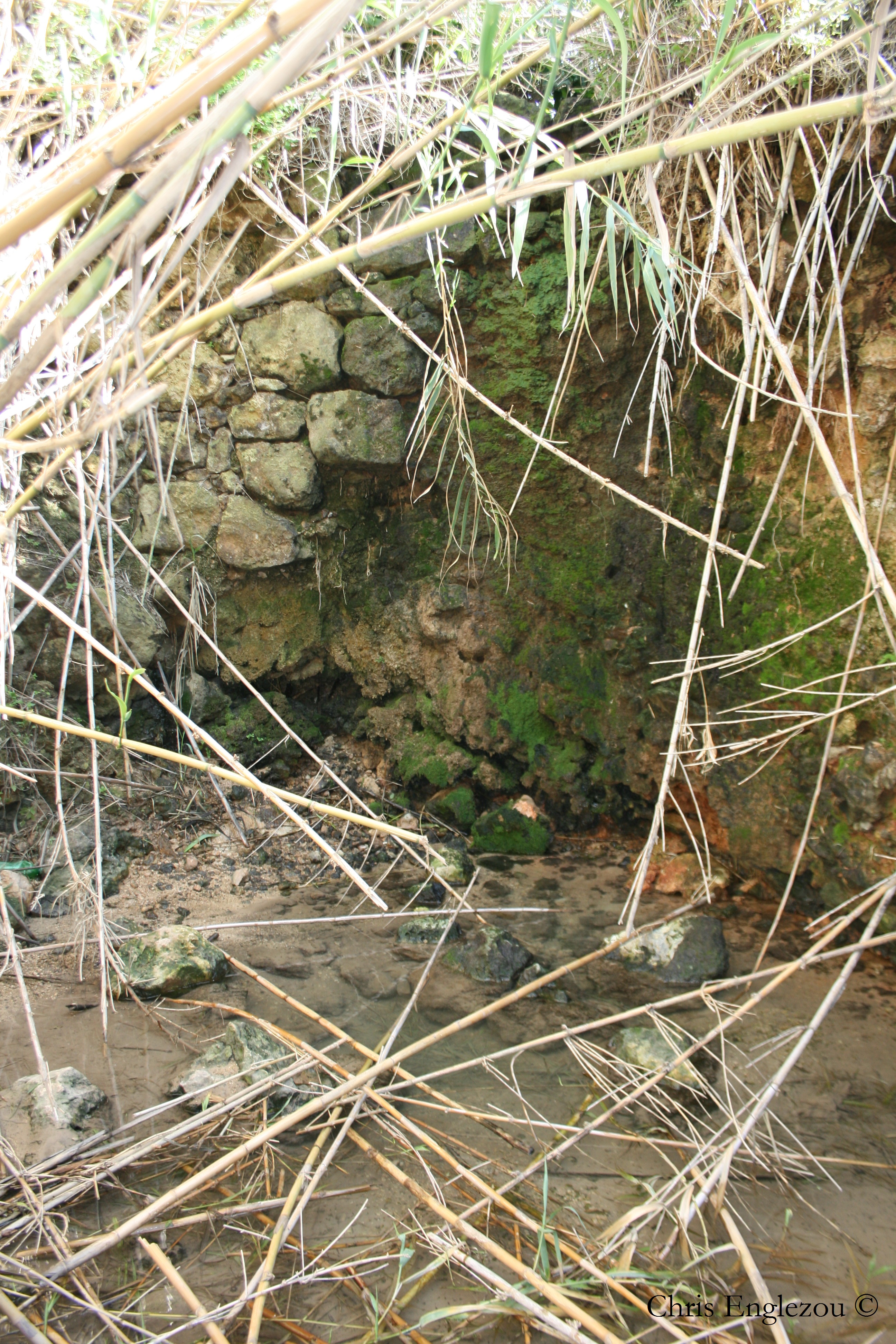 Potamon fluviatile is listed as a Near Threatened species by the IUCN across its entire range which includes Croatia, Greece (mainland), Italy (mainland), Sicily, Macedonia, Montenegro and Malta, but at the local level the species is reported to be suffering and declining despite legislated protected status; it is also, not protected under the EU Habitats Directive or within the Bern Convention appendices. 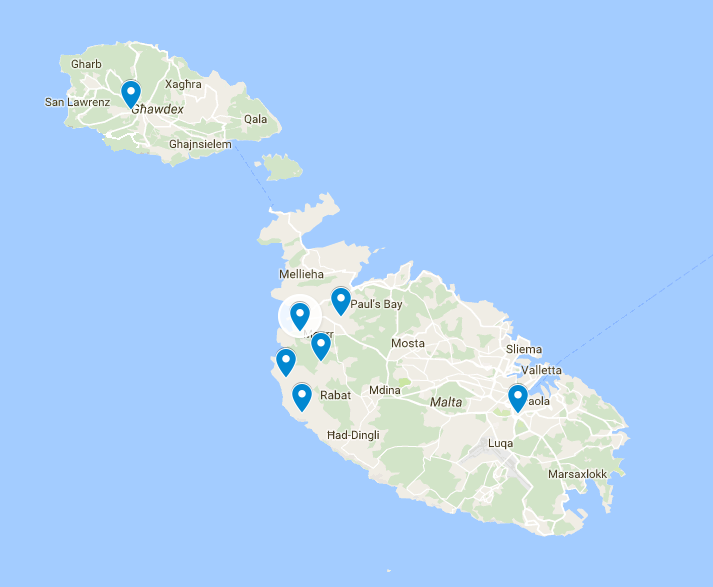 Potamon fluviatile lanfrancoi was originally described from seven localities in 1990; the description included an already extinct population at Marsa and one likely to be extinct at Imtaħleb.

The habitat I visited at Baħrija is one of only four certain localities of P. fluviatile in Malta, it is a small village in the town of Rabat; the species is extinct in its former habitat at Marsa and is likely extinct in Imtaħleb, a small hamlet also in Rabat region but possibly exists in other areas subject to confirmation. 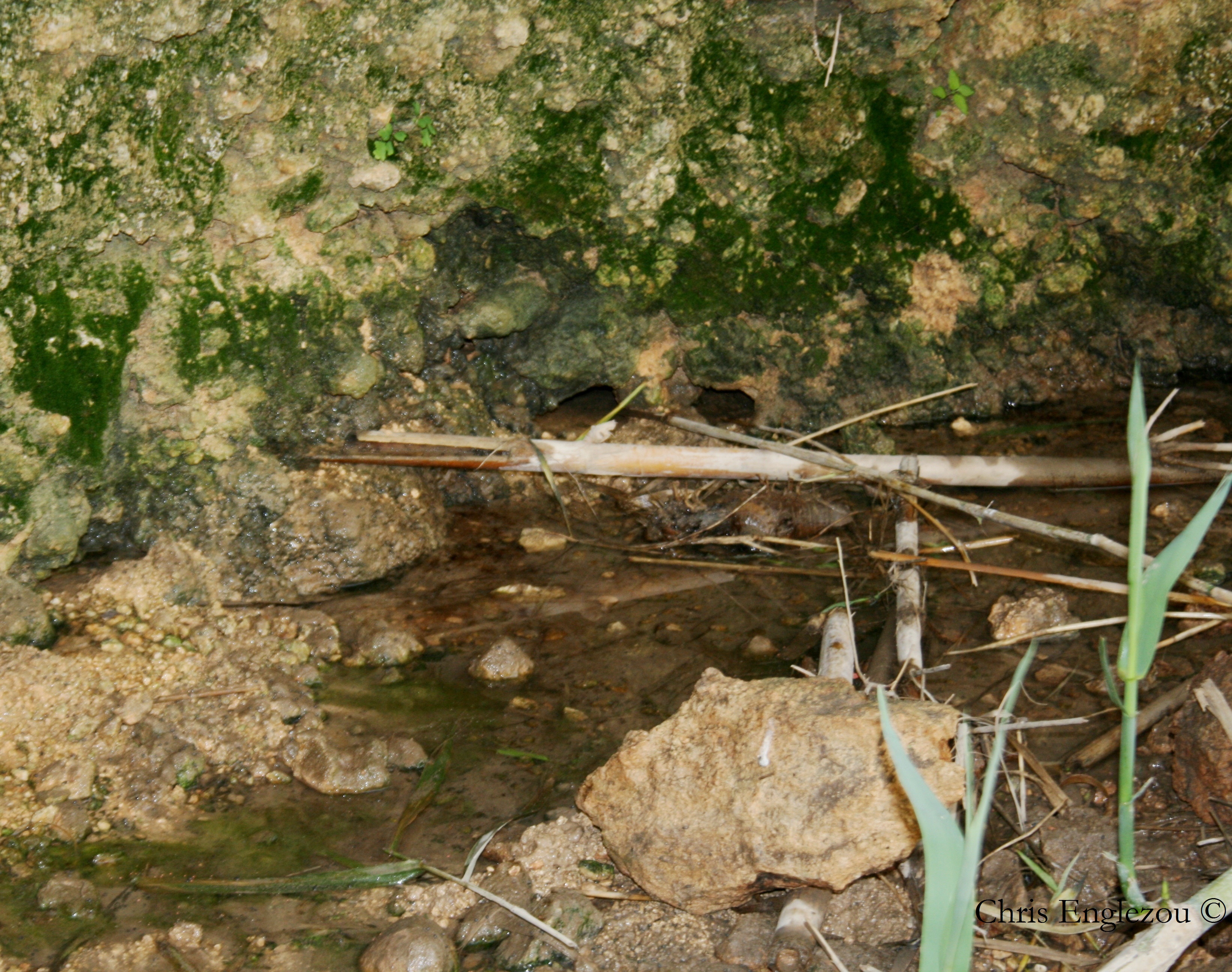 These freshwater crabs like to excavate burrows alongside the stream where they hide during the day; being a mostly nocturnal species they often come out at night to feed upon gastropods and tadpoles. At this moment, I also understood why the crab has evolved such a beautiful green colouration to its shell, as it camouflages exceptionally well with the moss and algae found all around its habitats like here outside of these burrows.

On arrival we found that a concrete pathway had been laid straight across the stream halting the natural flow of the water; I am told this was apparently a new development which had taken place recently. There were several water extraction pipelines tapping the streams water for the surrounding fields, of which there are many in this area. 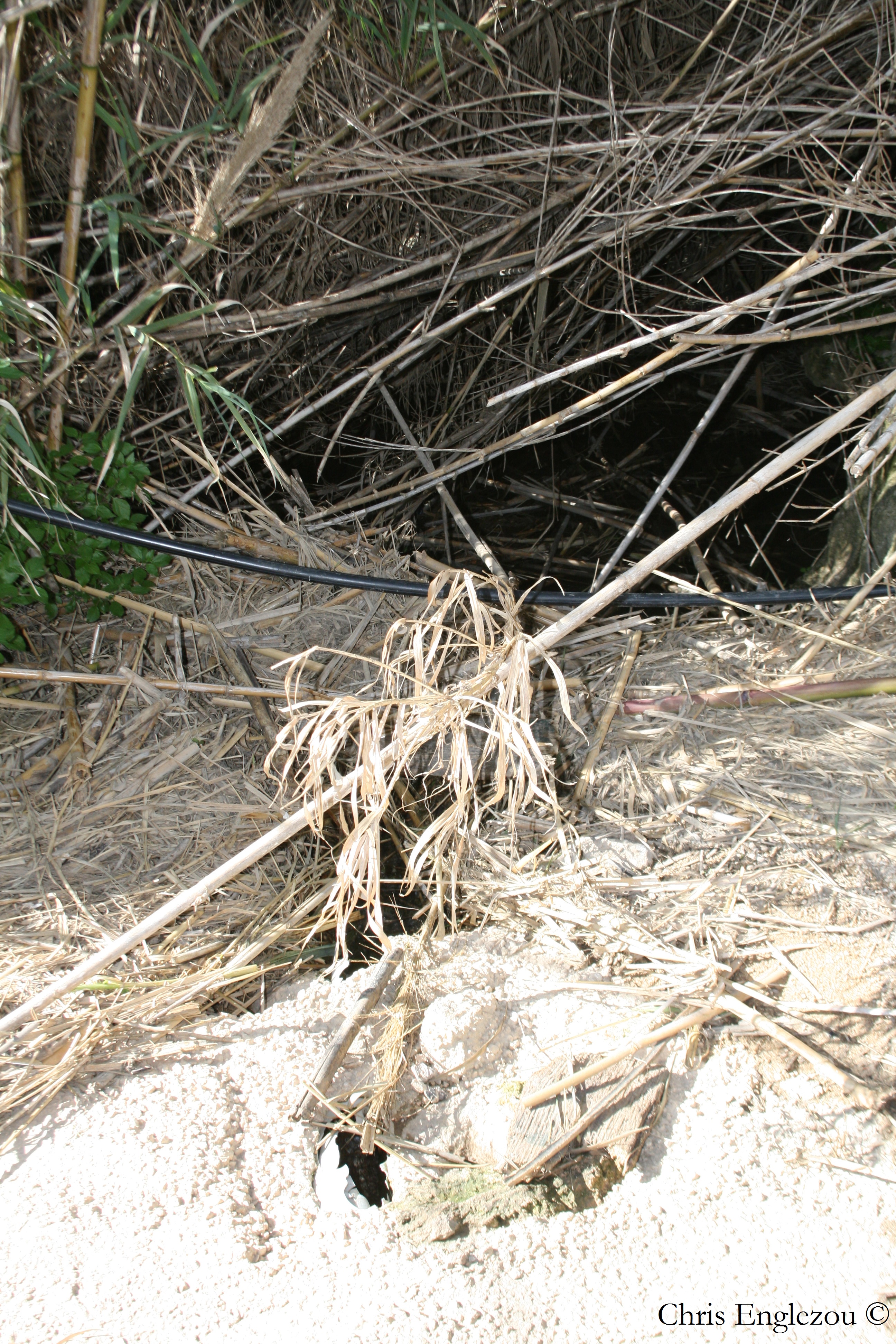 The person responsible had allowed only a tube of PVC plastic below the concrete to channel water downstream, although a broken hole could be seen penetrating through the path; an agricultural water extraction pipe also sits contemptuously in the frame

The immediate area around the stream is surrounded by agricultural fields, which are presumably of importance to local people, but baring in mind this is occurring along the course of most, if not all of the water sources in Malta, I am not surprised that its once proud but nowadays little known reputation as an island of vast wetlands can no longer hold even a single perennial waterway. 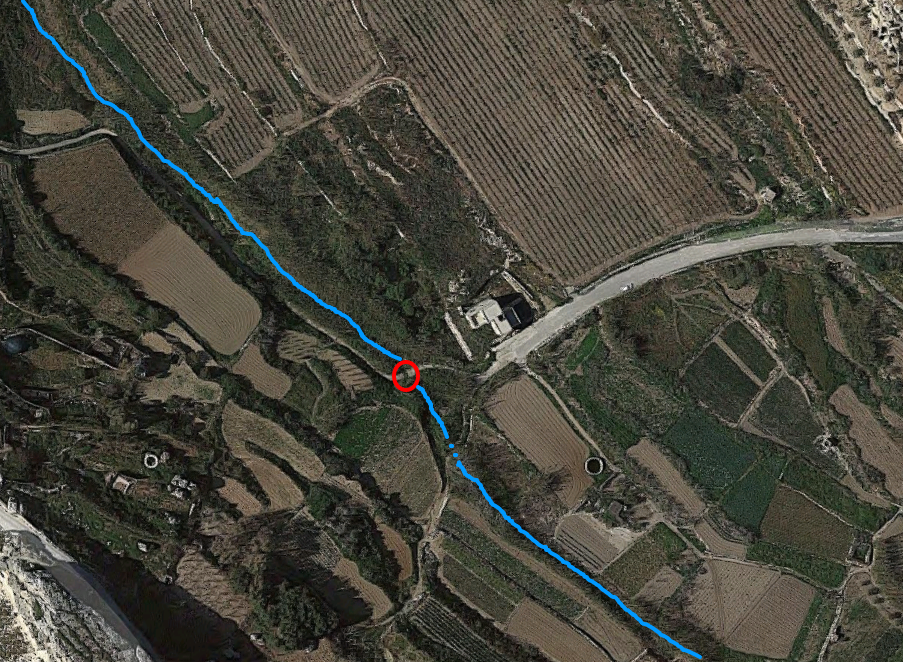 The section of the waterway at Baħrija is surrounded by agricultural land where various crops are growing and a few cattle fields are maintained also.