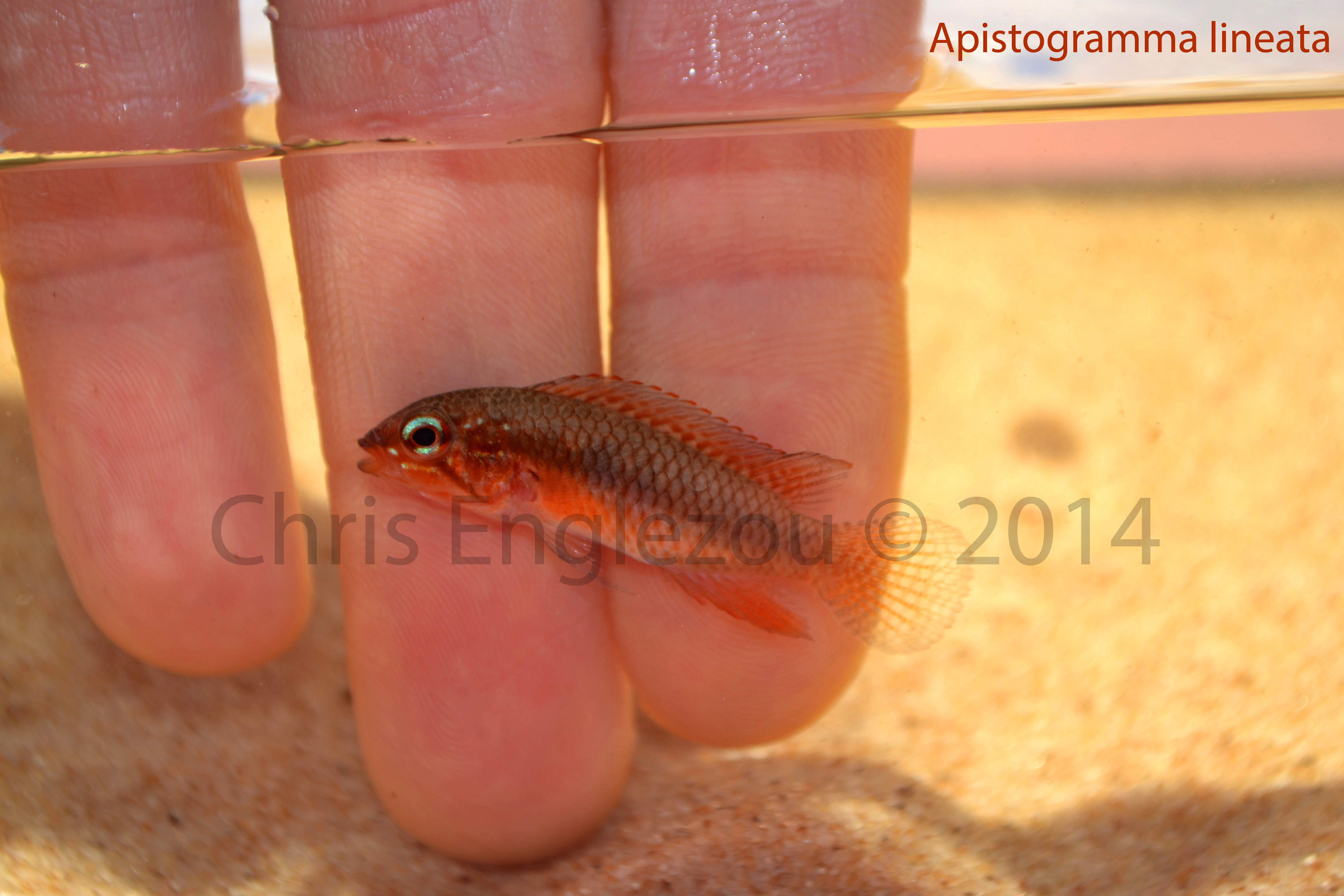 We are in the mid to lower Rio Atabapo, Colombia and back from travelling for many days exploring the Upper Atacavi river in Venezuela. We stop to prepare lunch next to the native ‘Piroa’ community of Gualloval Vitina, this village are the only natives of ‘Piroa’ descent along this river, the rest are known as ‘Kuripako’. 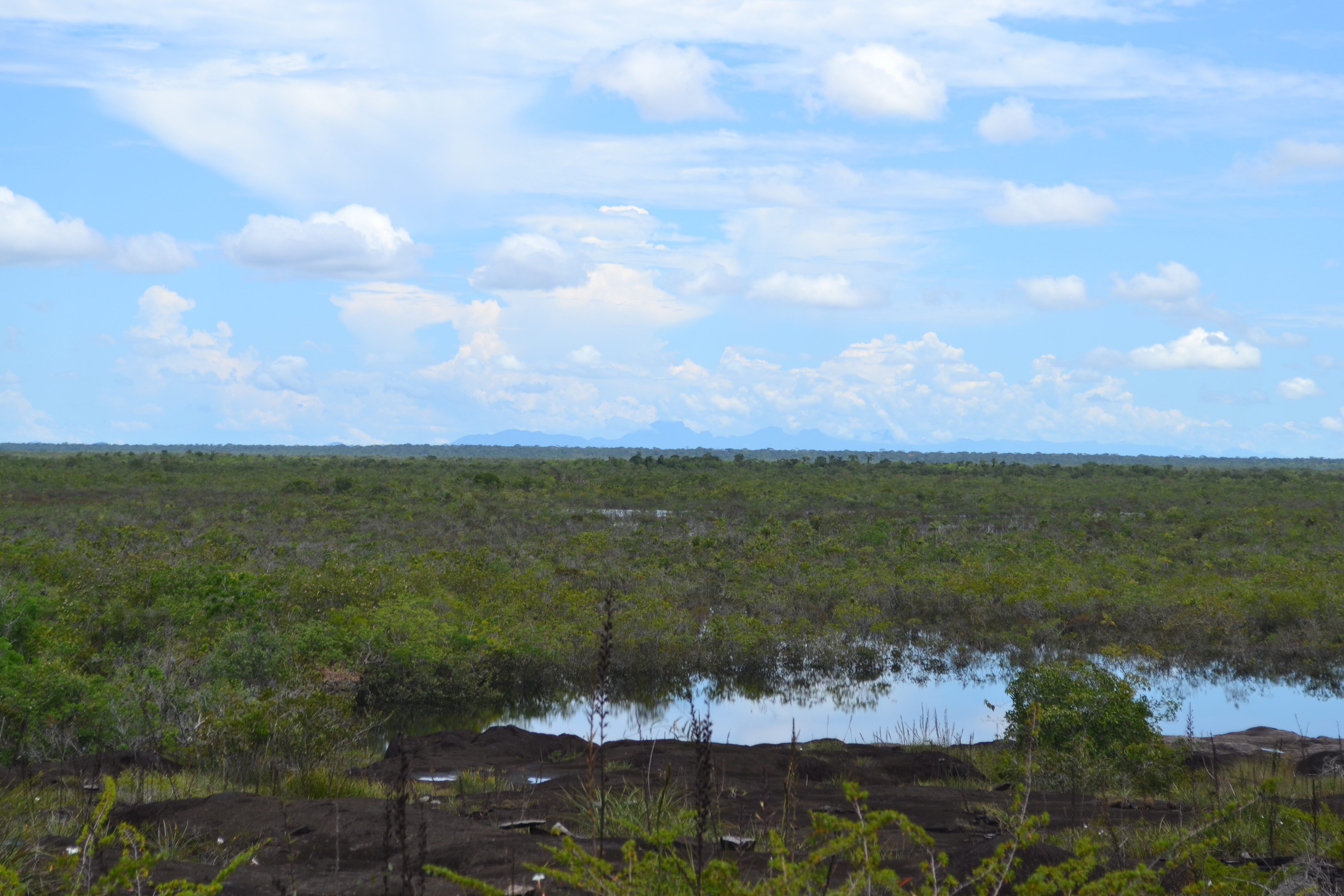 The view from the island overlooking the flooded forests with the mountains in the distance. As the others settle down to eat, I climb my way up and over the igneous rock island where we’ve docked our boat and take some time to walk along looking for signs of movement in the water. I decide to go in and take a closer look and end up spend almost two hours diving around the perimeter exploring the shallows; the sandy substrate is hidden several metres below the high water and the space beneath me comprises nothing but submerged granite rock shores sporadically lined with leaf debris. The water outside of the shallows is deep with only emerging tree tops visible and the rocky surface of the island has pothole formations scattered above and below the surface. 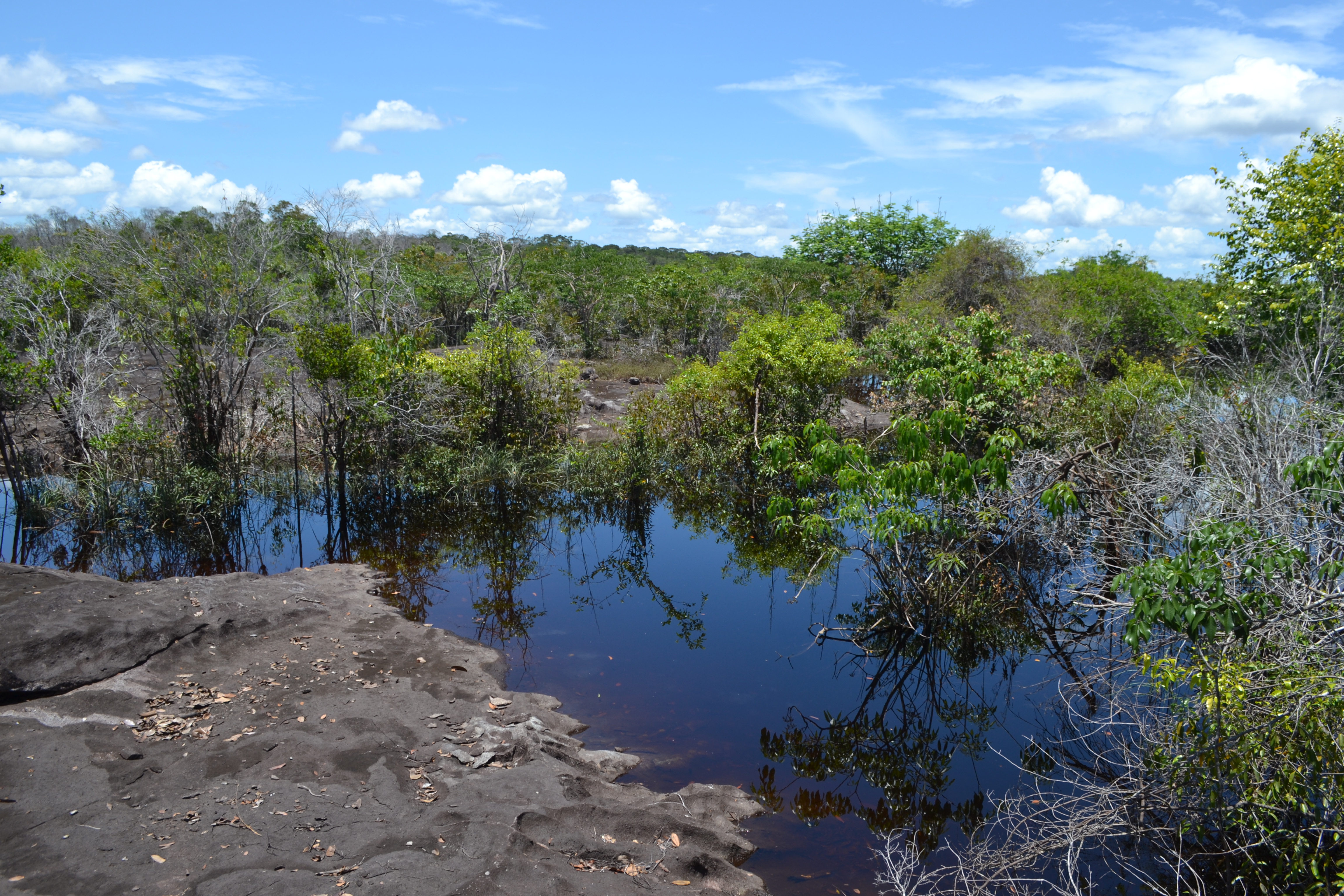 In one of these small craters, less than one metre down and under a single leaf is where I unexpectedly find, Apistogramma lineata. The young apisto initially hides from me, but as I gently lift its protective leaf hideaway it looks directly at me almost as if surprised that I had less predatory intentions and he becomes interested in me; its a somewhat special moment for me. The endearing, trusting nature of the fish enables me to guide the young male of exceptionally red colouration into my net and subsequently take what I believe, are now the first live photos of this species ever to be published and as a thank you for his trust, I make it my duty to return this fish to the exact place I found it before we leave for our final destination. The parameters here were as follows, temperature: 29.5°C, pH 4.29 and conductivity 12μS. Species observed living in sympatry but in slightly deeper water included Mesonauta egregius in small groups of 3-7. 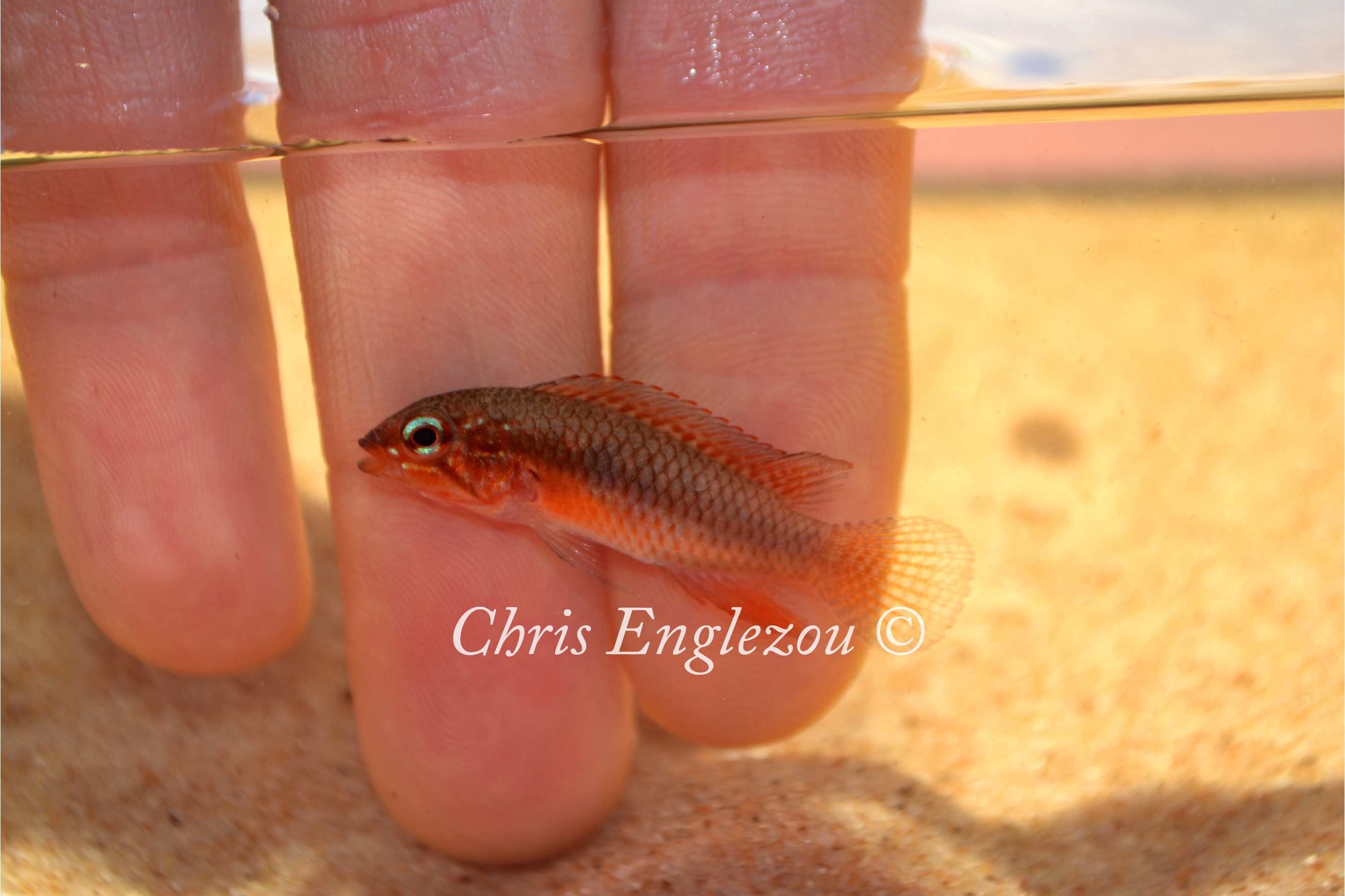 This is a newly recorded distribution location for Apistogramma lineata along this river and it is also a relatively new species only described by Mesa and Lasso in 2011. They described the A. lineata from the respective holotype and paratype locations of the caños Gaza and Chaquita, situated approximately twelve kilometres back but now we can add this location at the comunidad Gualloval Vitina to the list. 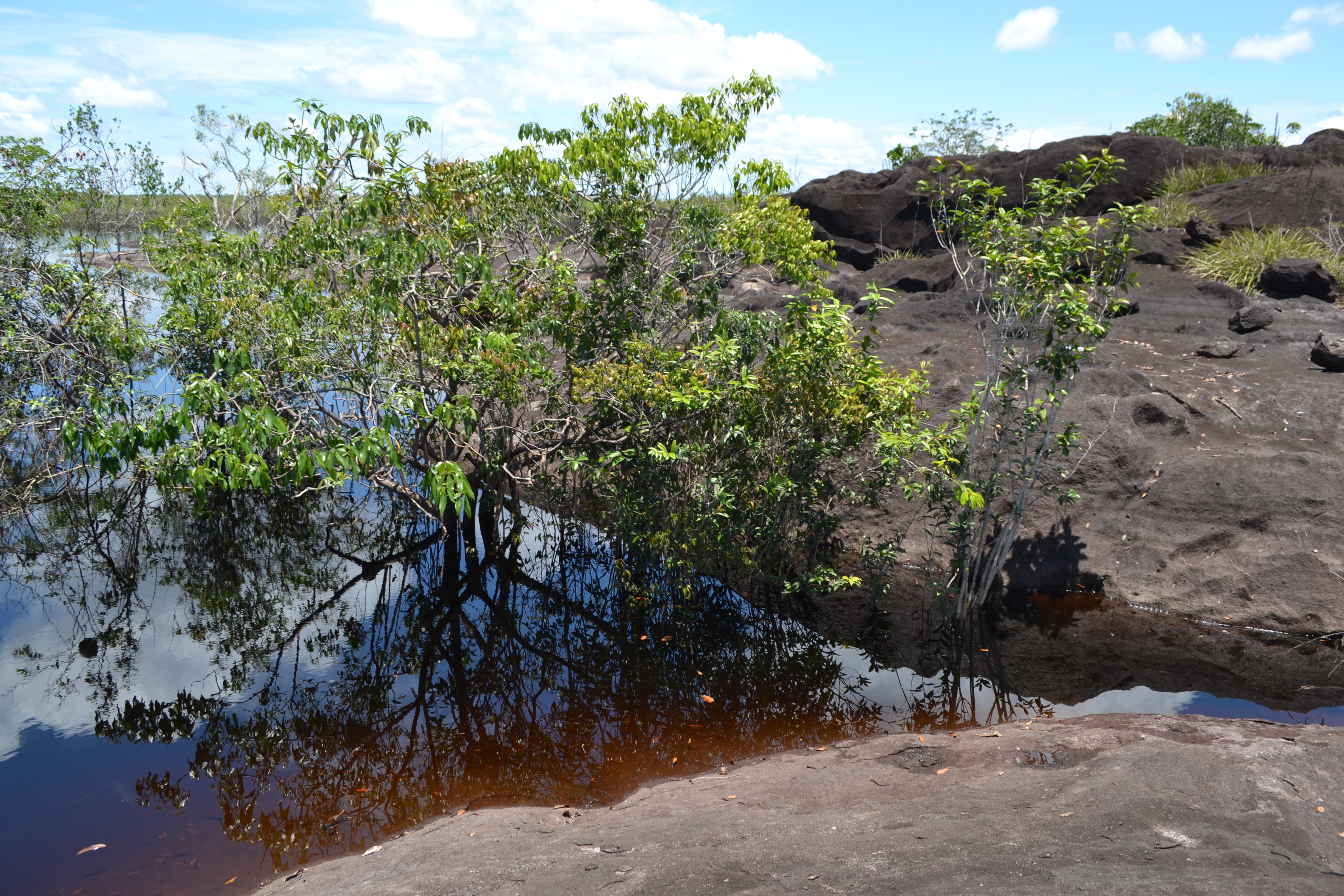 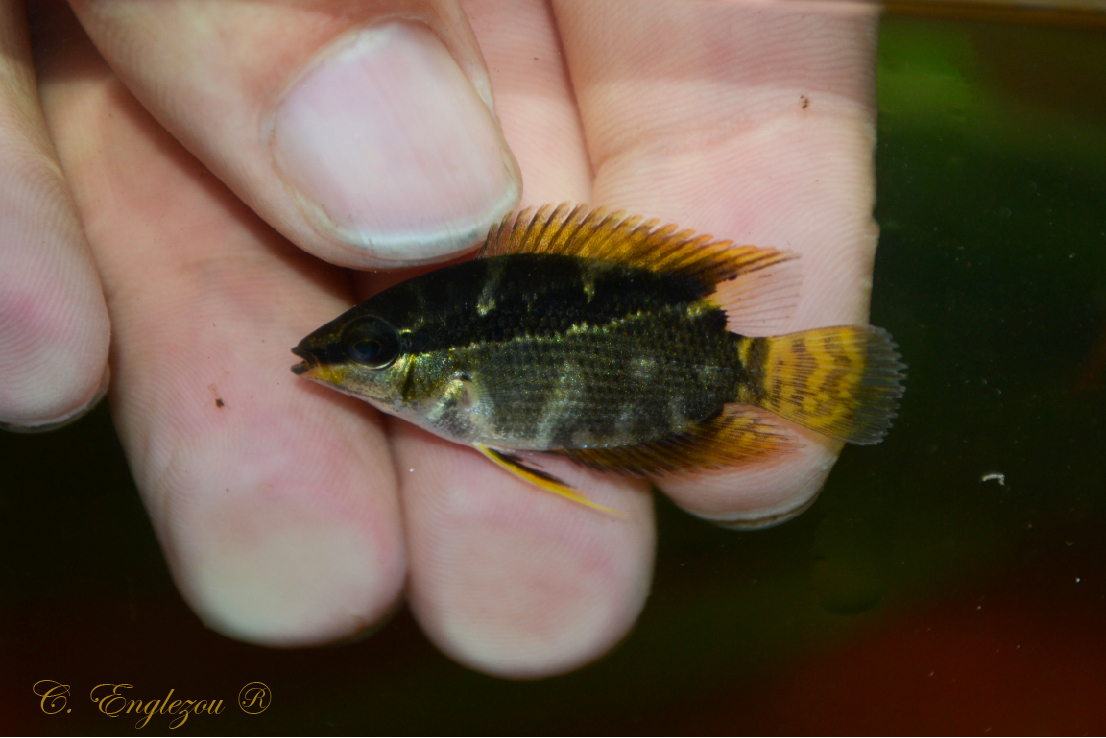