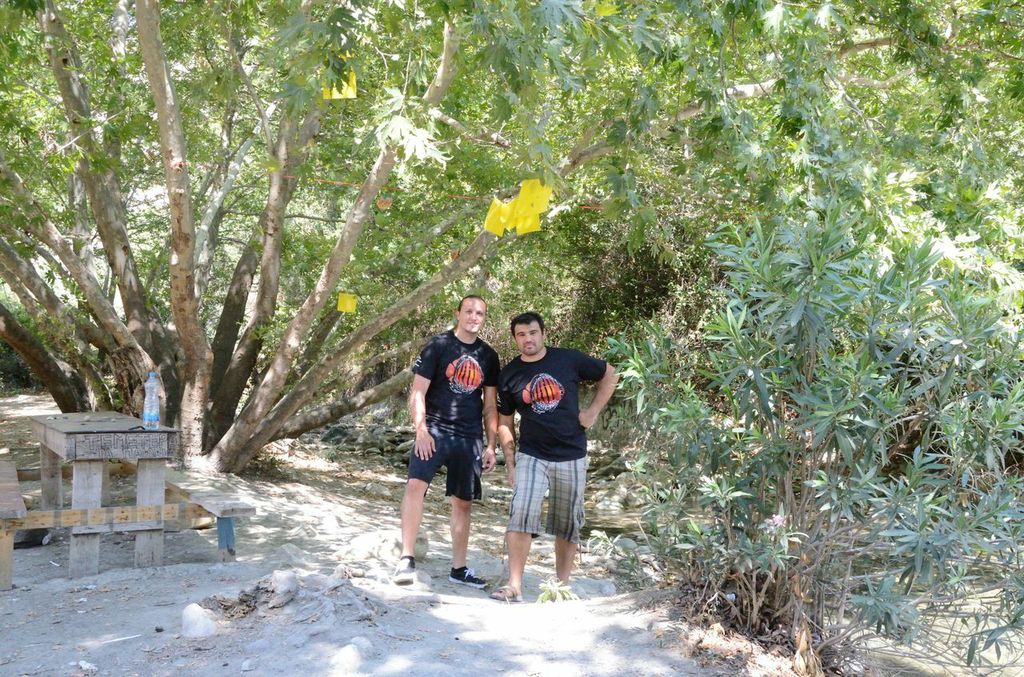 It was 05/08/2012 and our first stop location on the way to our destination was the Kouris Dam, it is situated at approximately 250m above sea level and is fed by three tributaries, the rivers Kouris, Limnatis and Kryos, the latter of which was of particular interest this day; water leaves the dam via the consolidated Kouris river.

During this trip we had set out to first explore the river ‘Kryos’ which in Greek language translates into ”Cold’; although the temperature of the water there was a reasonable 27.9°C in most places.

Passing the immense Kouris dam itself and taking in the amazing view is an interesting experience. On one hand I felt the gigantic size of this beautiful water body and got a sense of amazement, but on the other hand it’s difficult not to imagine and even wish to see what this place would look like had it not been so grossly manipulated by man…

On passing one particular cove we stopped the vehicle and decided to investigate. We walked down the rocky hillside to the waters edge and on the way we stopped to greet a very well camouflaged Chameleon (Chamaeleo chamaeleon) who crossed our path, and then went on its way. 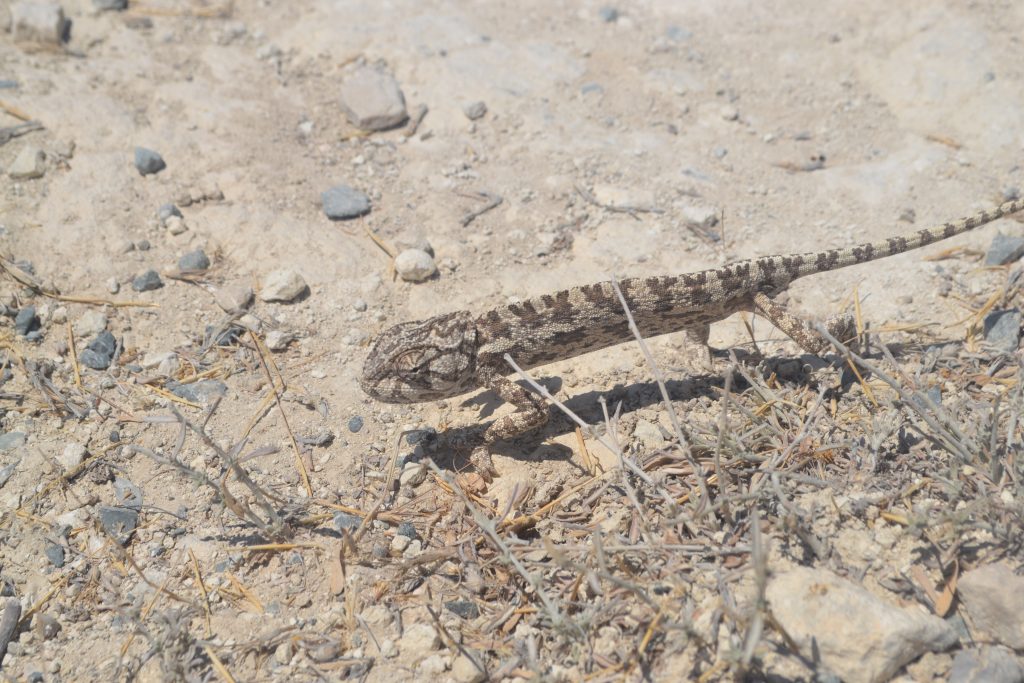 Despite reaching the waters edge, we were still about 100 metres or so from where I wanted to explore, so I swam the distance with the pole-net in hand while Christodoulos made some observations and took photographs of the habitat.

I eventually reached the shallows of the cove and quickly spotted a small group of 5 young Lepomis gibbosus. These are a beautiful species which were introduced from North America in the early 20th century. Only 3 species of fish inhabiting inland aquatic environments are considered native to Cyprus, Anguilla anguilla (European Eel), Aphanius fasciatus (Mediterranean Killifish) and Salaria fluviatilis (Freshwater Blenny); the latter has not been observed since its discovery on the island in 1909. The other 13 or so species are all introduced for various reasons such as Gambusia sp. for biocontrol against mosquitoes as part of a government initiative to combat malaria in the 1940s.

We swiftly moved on to the Kryos river, which is a potamos / stream like river system with a bed comprised mostly of smooth round and flat stones along most of its course.  We trecked through the water along a long stretch of the river for several hours searching for anything we could find and we certainly found some very beautiful creatures indeed. These included a variety of freshwater crabs (below) amongst others.

Literature suggests that Potamon potamios is the only freshwater crab species found on the island, but the variability of the species would encourage anyone to believe otherwise.

We quite quickly found fish in the stream and they were fast! – juvenile specimens of both Rutilus rutilus (Roach) and Perca fluviatilis (Perch), another two introduced species and not of too much interest to us for this trip (below).

We also found one individual trapped in a discarded home-made fishing net (another significant problem in Cypriot waters). Interestingly enough, the crabs had learned to stay very close by to take advantage of this (spot one in the photo) and we found one crab devouring the remains of another previously trapped fish also. Water specifications were as follows; Temperature – 27.9°C (in most places), Conductivity 1209 μs (TDS 602 ppm), pH 8.5, gH ~20, kH 15. Two creatures we could not escape were Pelophylax. sp (green water frogs) and damselflies!

These two types of creatures were everywhere and in various shapes and colours. Frogs spanning a colour range of dark brown through to bright green and damselflies in red, pink, blue, green and more (also varying colour with gender).  We left in the early afternoon when the air temperature was between 38-40°C. Our next stop would be the Akrotiri Wetlands a few days later, in the hope of finding and investigating environmental pressures on the native Cypriot Killifish (Aphanius cf. fasciatus)