Creating a home for the beloved Clown Loach (Chromobotia macracanthus) is no easy feat, information on their natural habitat is scarce (even on the vast internet) but it is a challenge and I dread to think of the amount of Clown Loach lives that would have been saved but for an article such as this one… 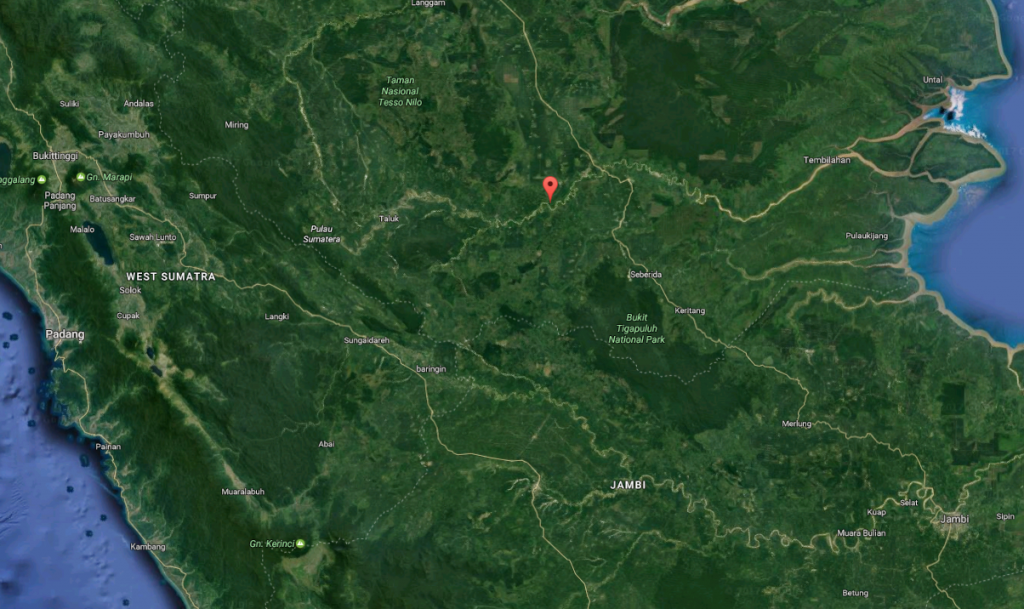 The Indragiri River is located in the Indonesian province of Riau and is formed from at the confluence of the Ombilin River and the Sinamar River; at it’s delta it empties into the Strait of Malacca which is a narrow channel located between the Malay Peninsula and the Indonesian island of Sumatra . The substrate in the flooded forest zones of the Indragiri are highly acidic and non-fertile (peat swamp forest). The water parameters in these inundated areas hence are very soft and on the lower end of the pH spectrum; macrophyte life is restricted to Cryptocoryne schulzei, Cryptocoryne bullosa and the Indian Water Fern Ceratopteris thalictroides. 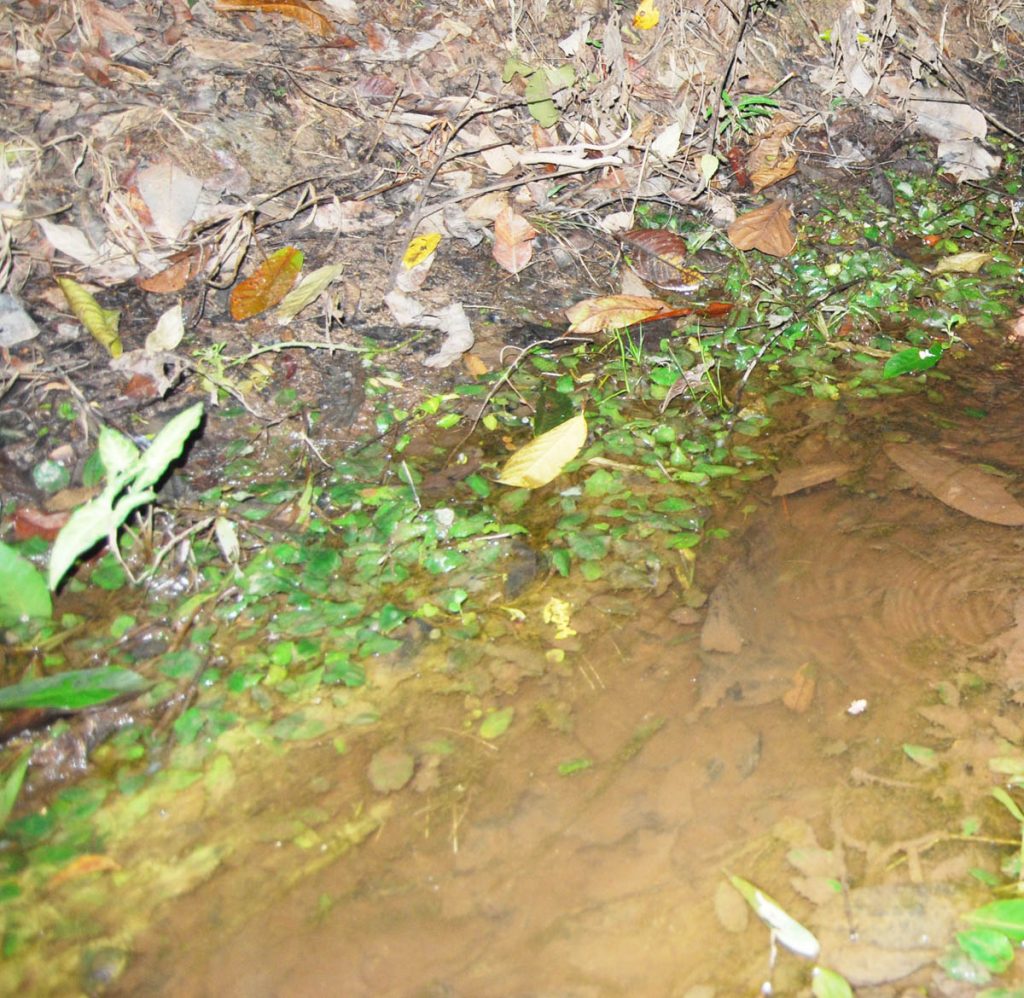 A typical example of Cryptocoryne schulzei in situ growing both emersed and submersed; this photo was taken in Malaysia 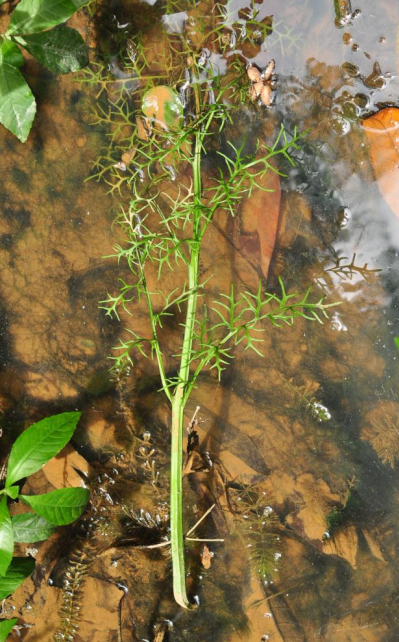 During wet season, the forests through which the Indragiri flows become flooded and inundated with fresh water. The large adult Chromobotia macracanthus migrate from the main river to smaller upstream systems at this time to spawn. The juveniles stay in the floodplains for a few months in order to make the most of the safety they provide, while the large adults return to the main river; during this time of the year there is a possibility that Chromobotia macracanthus meet and exist in sympatry with Trichopodus leerii. Trichopodus leerii is specifically associated with swamps and streams running through seasonally flooding forests and peatland. They are a classified “Near Threatened” species according to the IUCN Redlist with their greatest threat being habitat loss as a result of peatland conversion and wetland reclamation (usually for construction and development; palm oil plantations are a cause of major upheaval and destruction of these habitats. Another lesser threat is over-fishing for the aquarium trade, although some reports suggest that most fish found in the aquarium hobby are commercially bred in other parts of Asia; the truth of this scenario is not confirmed. 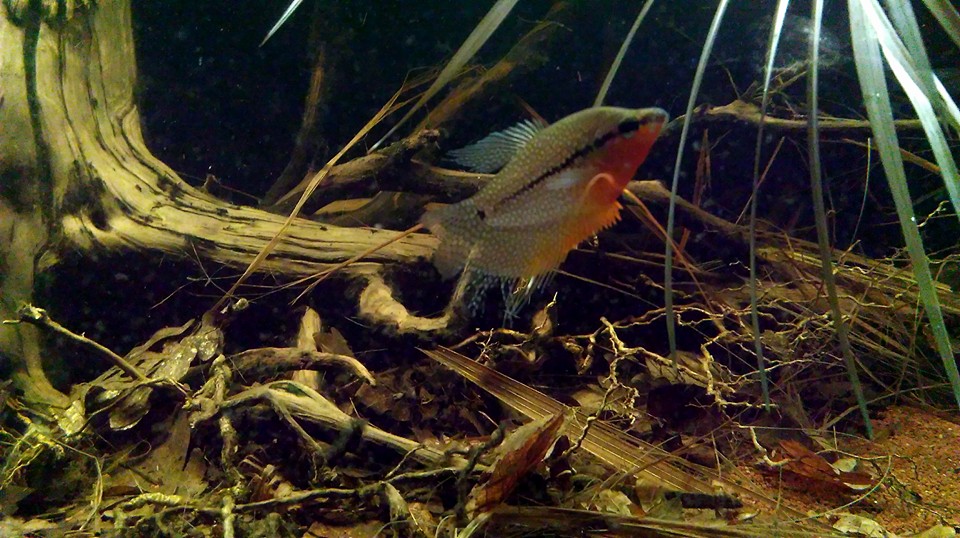 Trichopodus leerii is specially adapted to and exploits the combined suitability of the dense aquatic flora and stagnant, slow flowing water to construct bubble nests where it holds its eggs until hatching; it does not breed in main river systems with strong flow and relies on the inundated zones for its survival; In this 700 litre aquarium I tried to recreate an inundated area of peat land which would also be home to juvenile clown loach. 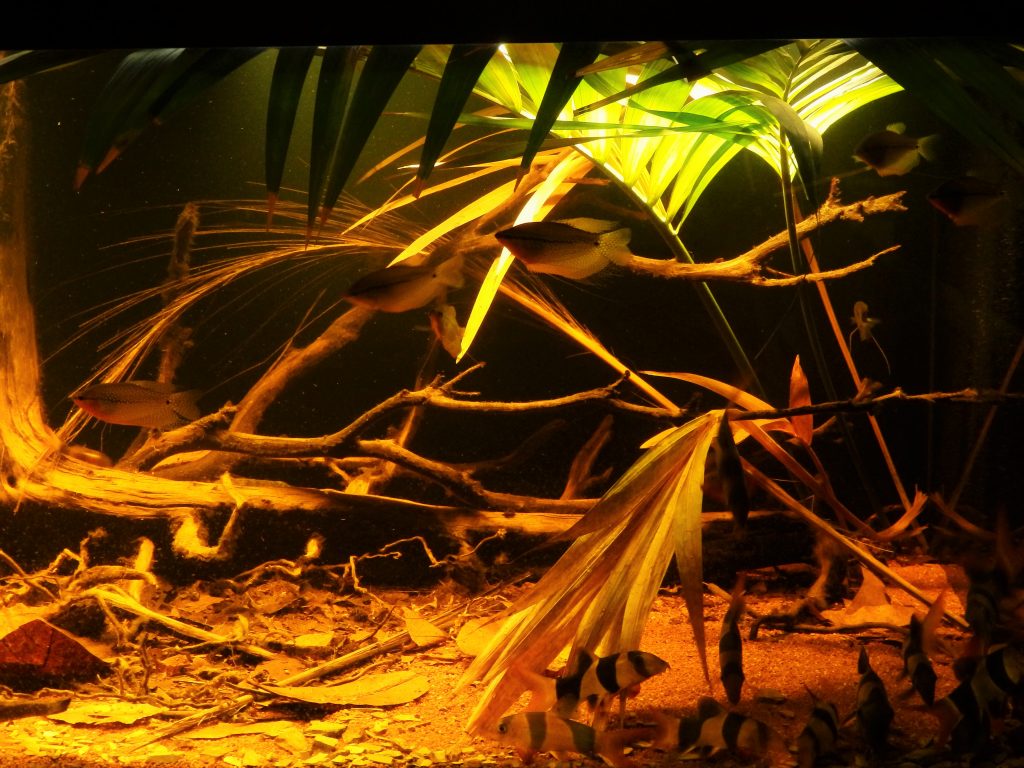 This photo perfectly captures how a biotope aquarium can promote natural behaviours. See how the Trichopodus swim together in open water while the Chromobotia explore and forage as a group under the protected cover of the submerged fallen leaves. 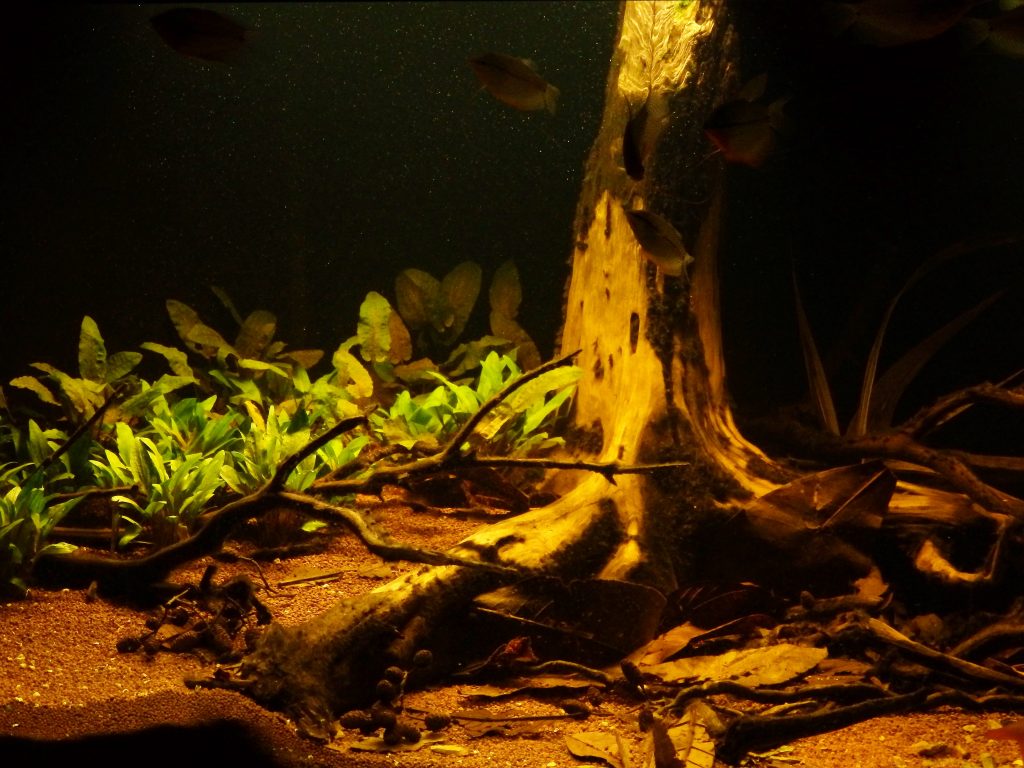 Tank lighting is kept dimmed simulating an imaginary overhanging forest canopy. On the right side, leaves, twigs, seed pods and branches give the tank a more natural feel and also help to add natural tannin (which causes the brown colouration) to the water. On the left side patches of Cryptocoryne grow in the submerse form at the base of a tree.