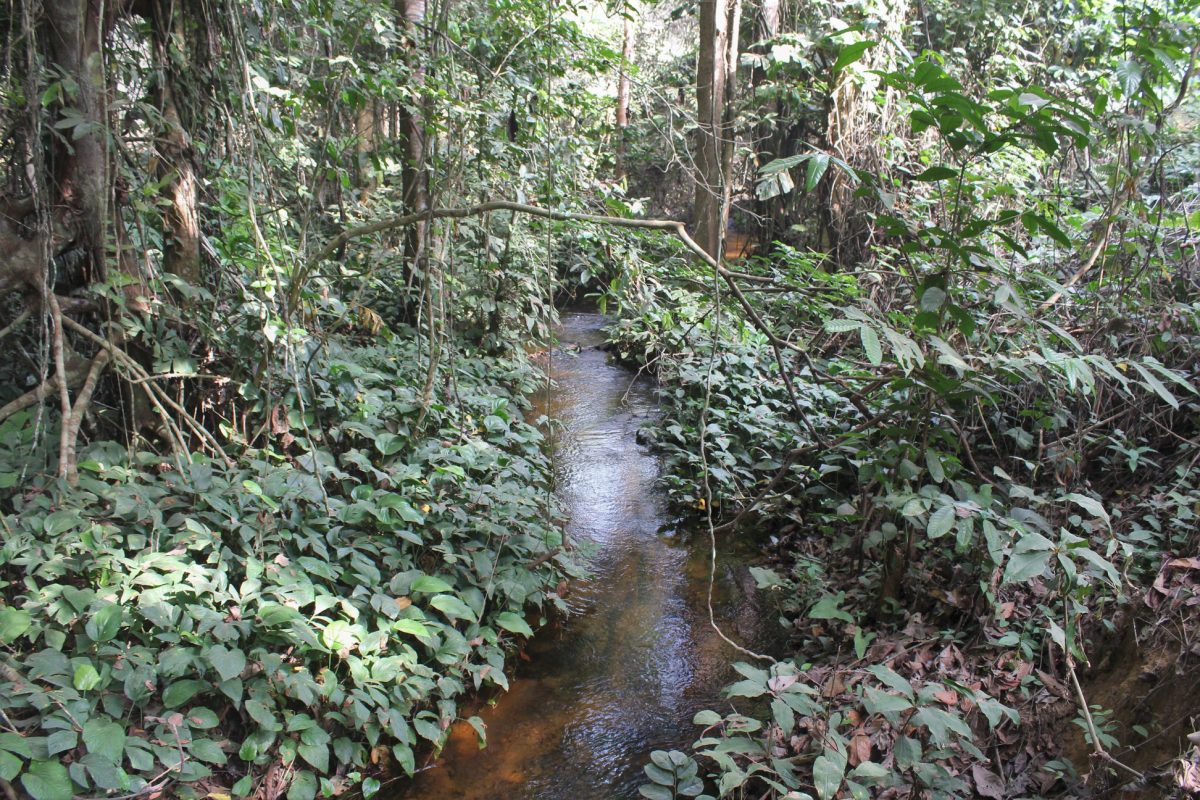 The freshwater butterflyfish Pantodon buchholzi (Peters, 1886) are found in lightly acidic, water bodies in West Africa. Typically, they are found in habitats with slow current or standing water with high amounts of surface foliage and/or riparian vegetation for cover. They have been observed in Lake Chad, the Congo Basin, throughout lower Niger, Cameroon, Ogooue, and upper Zambezi, and have also been seen in the Niger Delta, lower Ogooue, and in the lower Cross River. The Eastern distribution limit of the species is reported to be the Ouémé River in Benin, although it is also noted to be found in the Jong River in Sierra Leone; the biotope shown in this article is the lower Mungo River in Cameroon.

Pantodon buchholzi lives in swamps, creeks and backwaters and inhabits the calmer parts of rivers, where it can be seen on the surface waters. They are capable of jumping out of the water using their pectoral fins for propulsion in order to capture insect prey or to escape from predators. It is described not as a glider, but as a ballistic jumper, with a tremendous jumping power. It is an insectivore, feeding on terrestrial insects and aquatic larvae including nymphs of insects, but also feeds on crustaceans and fish. (Ref: fishbase)

The freshwater butterflyfish is a specialized surface-dwelling hunter. Its eyes are constantly trained to the surface and its upturned mouth is specifically adapted to capture small prey along the water’s surface. If enough speed is built up in the water, a butterflyfish can jump significantly clear of the water’s surface and glide a small distance to avoid predation. During this “flight” it also has the capacity to wiggle its pectoral fins, with the help of specialised, enlarged pectoral muscles, the ability which earned the fish its common name. (Ref: Berra, Tim M. (2001). Freshwater Fish Distribution. San Diego: Academic Press)

Water resource scientist and collector Russell Brian Tate remarked “Pantodon buchholzi were found in almost every site surveyed in tributaries of the lower Mungo River – Cameroon. From where I observed them, it seems they prefer the vegetated or woody cover on the margins of the flowing streams”.