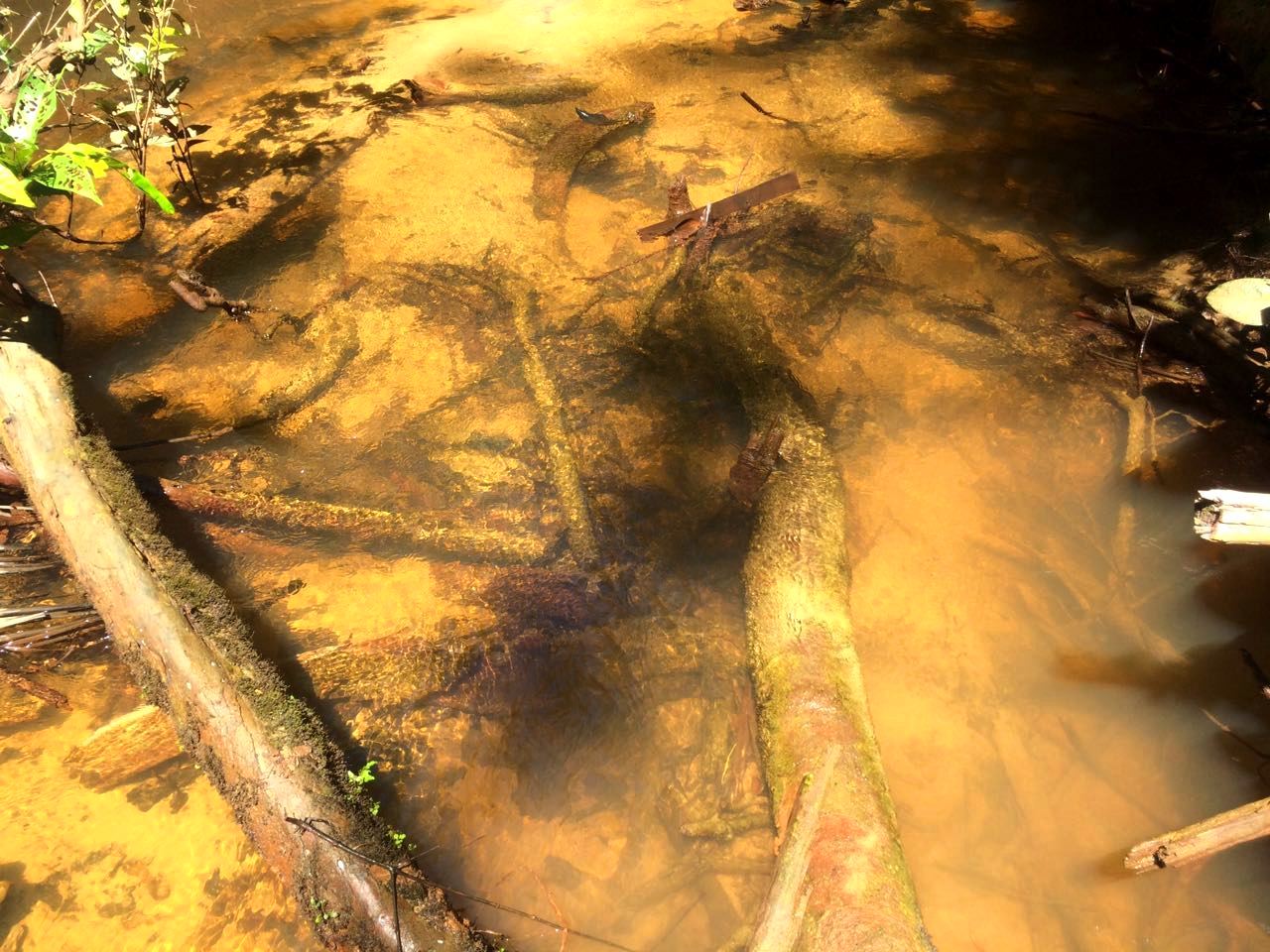 On the early morning of 15th September of 2017, our group finally resembled to embark on another trip to explore the jungles of Brunei. This time we headed to our 1st lowland river trip where we would be investigating the lower Telamba River; this was also to our first exploration trip within Tutong district of Brunei. The Telamba river is a stream for most of its course and is approximately 5.5km long (possibly longer) and is a tributary of the Danau River.

For this trip we started off from Seria Town, we departed at 8am and drove to our destination located at where we would park beside the road, located somewhere along the controversial Telisai – Lumut Highway ( an 18.6 kilometres long highway, which officially opened in June 2016) , it took about 25 minutes drive. From our parking spot we walked for only around 200 – 250 metres in. It seems like we were the 1st few people that went into this part of the jungle to follow the stream as there was no trail which we could walk on, thus we had to make our own, which was tiring as the jungle was dense and humid. Because of this, we only went in about 100+ metres into the jungle, but there was a lot of life around us.

Since the recent highway construction, the lower Telamba River is now sandwiched between a developed coastline, a road and a landfill site; thankfully the road does allow the river to pass below.

The construction of the highway has luckily not interfered with the river directly, but who knows what impacts will come with new access to these previously untouched areas

Although we were probably the 1st few people to go to this part of the jungle, but as it is located near only 1 year old highway, there could be seen some remains of human trash from the construction, for example:

At the place we decided to stop for the day, we placed our bags on the ground, look for potential fish habitat & finally set up some minnow traps.  The water was crystal clear, so it was easier to look for fishes from above the water. At first we set up traps in open areas of the river and waited for about 30 minutes to allow any fishes to go in but unfortunately, due to the fast flowing current, no fishes were found inside. For our second attempt, we decided to place the traps in more shallow areas, and especially next to fallen tree trunks where the flow is slower in comparison. using this technique we were then able to catch two species. 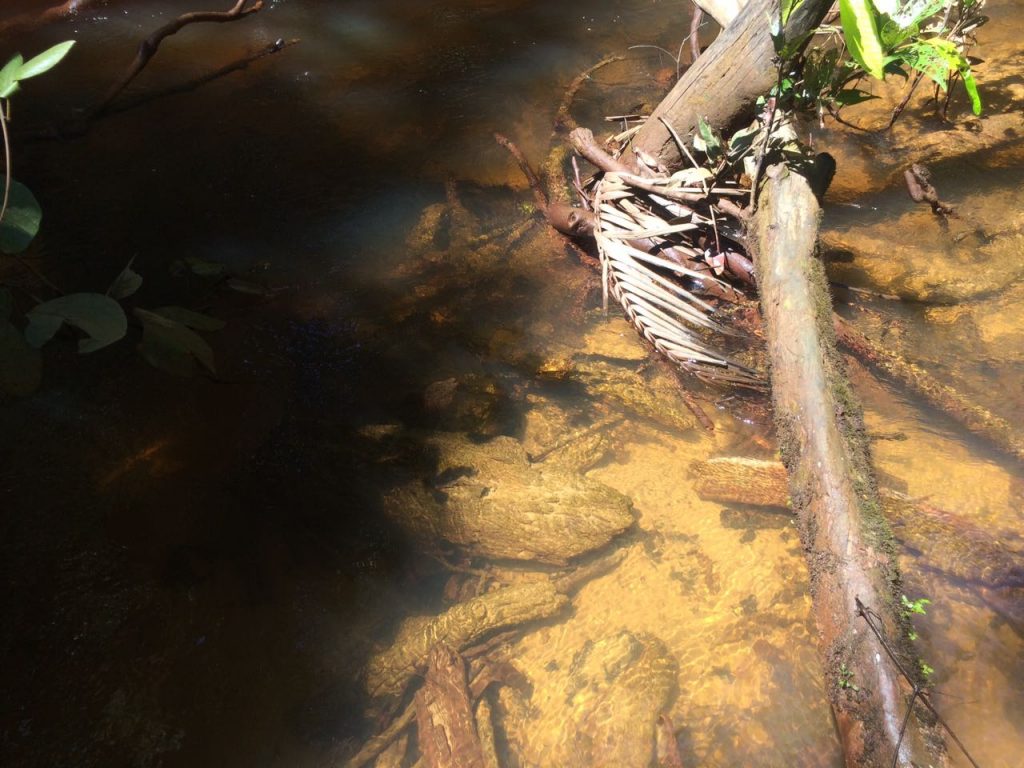 The fishes caught were:

At the same time, other species of aquatic fauna which could be seen from above were:

While we waited for the traps to be lifted up, we decided to snorkel, look for some macrophytes & find some inspiration. 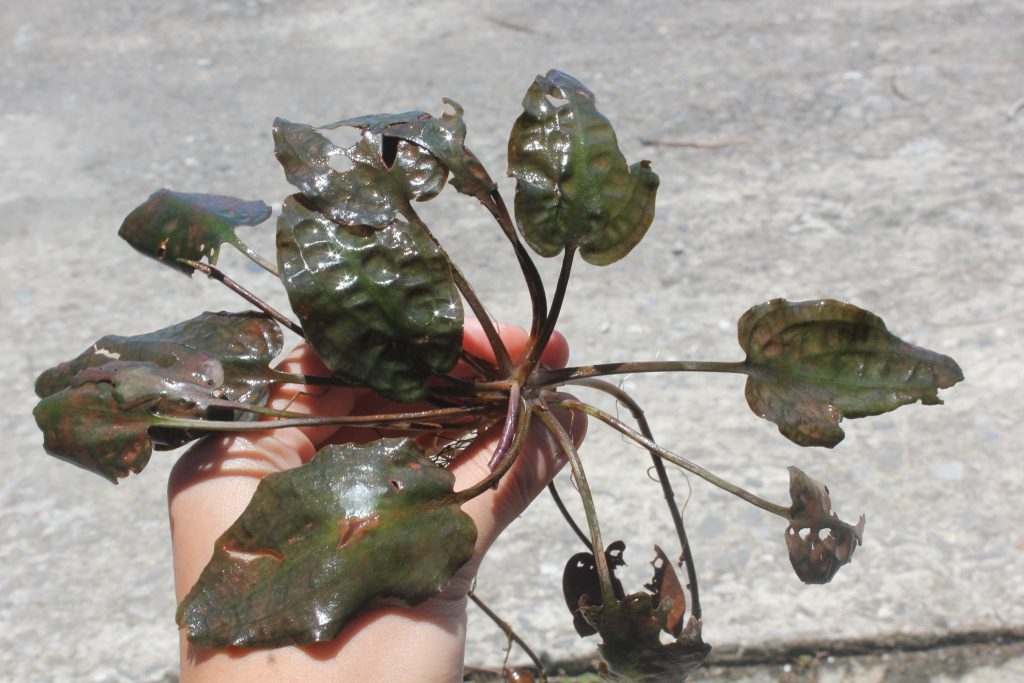 At certain parts of the bank, we discovered a Cryptocoryne sp.  growing under a shaded area, where the current was not as fast flowing. Although the leaf had a similar shape to the Cryptocoryne longicauda we found in Belulok, Labi, but the stem length & the leaf size of the largest specimen we found were different. 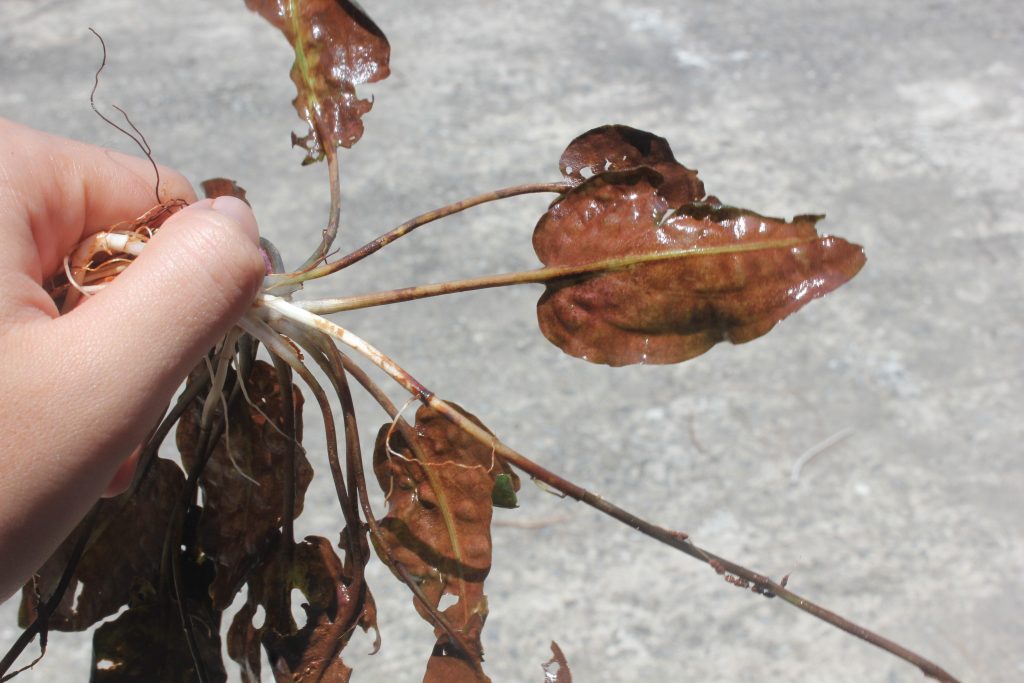 We noted that, the largest Cryptocoryne sp we were able to obtain yesterday had an average:

Whereas the Cryptocoryne longicauda from Belulok, Labi had an average: