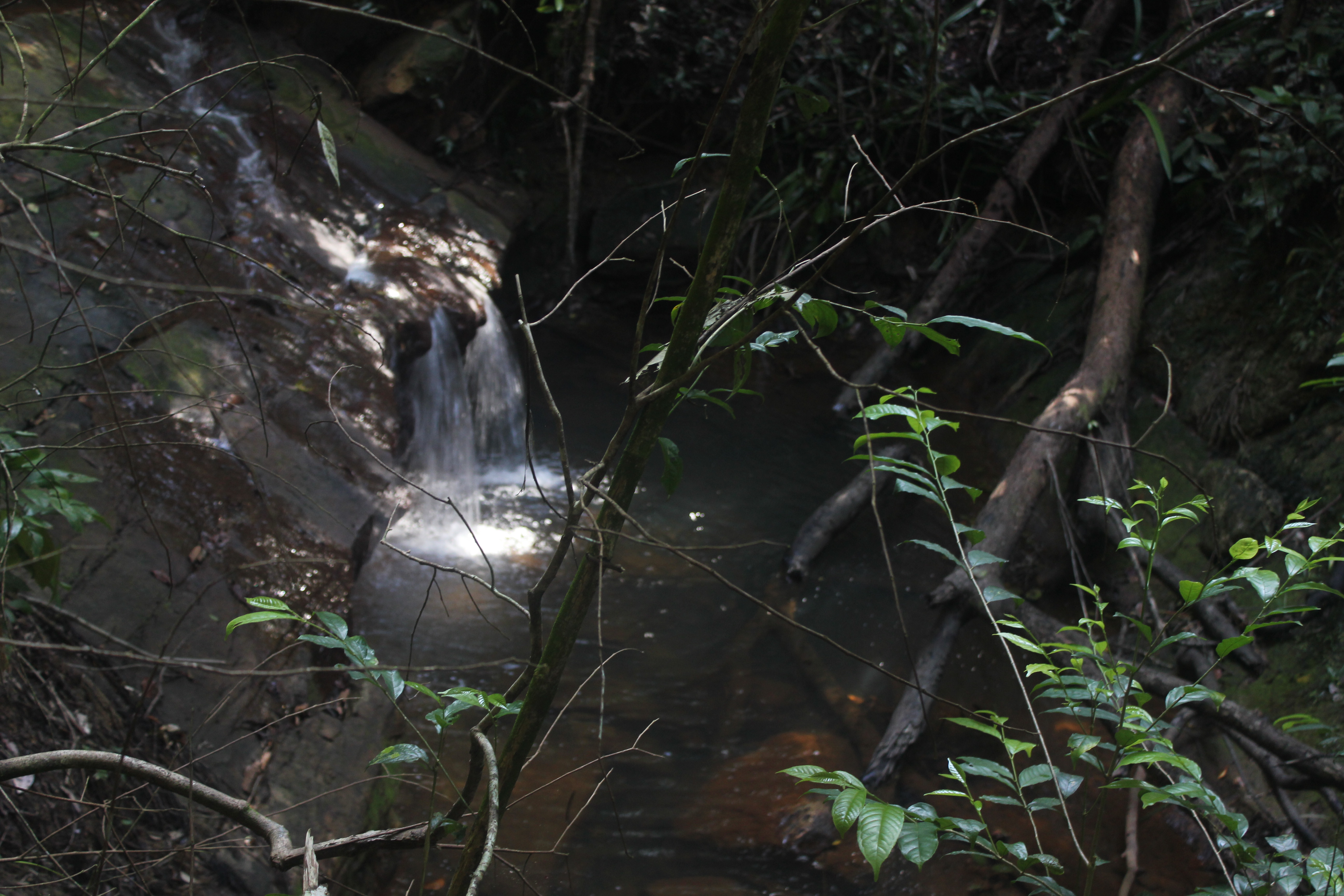 Today, 30th April 2017, the Brunei Biotope Group embarked on another exploration trip, this time to the Bukit Karamunting (Karamunting hill), a public hiking locale connected to several other hiking trails in the area; it is situated in Subok Village. Accompanying me on this short trip was my friend and fellow member of the group, Ismail Mourad. 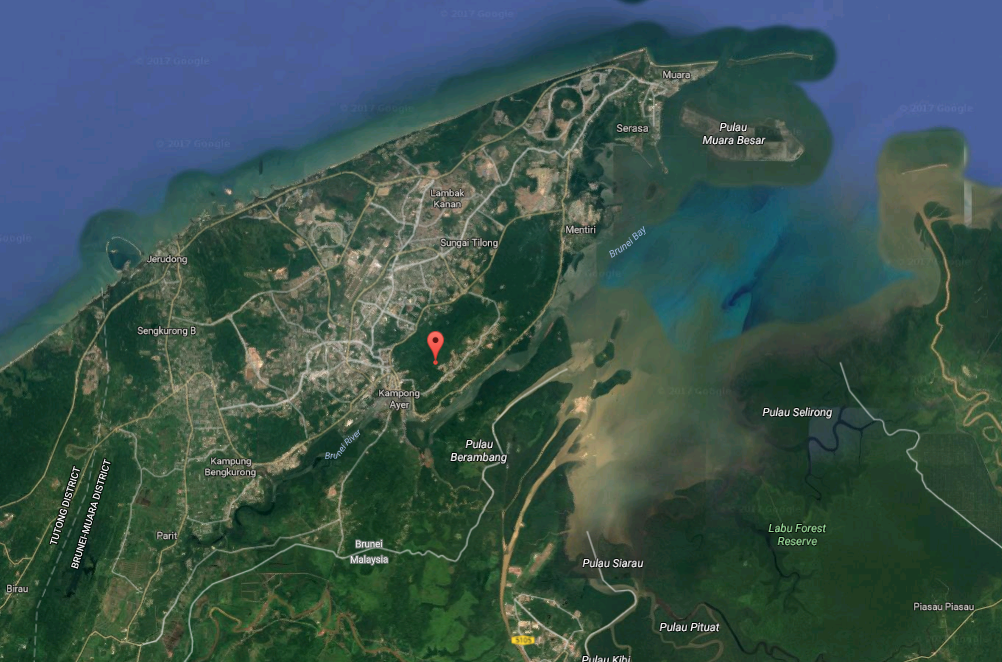 The journey started off at around 7am in the morning, we met at Ismail’s house in Subok, the track that we planned to take was only a few hundred metres from his house and so we proceeded to walk to the bottom of Karamunting hill. Little did I know, the journey ahead was long & tiring, we had to hike to the top of Karamunting hill and past a few more smaller hills to get to our destination. From the bottom of the hill we ascended the trail, which was almost at 50° – 60 ° incline until we reached the top; it was approximately 148 metres high and the highest within the area. At the very top there was a hut made by the caretaker of the local jungle (and trails), his name was Jumat; the hut is intended for hikers that want to stay overnight in the hills. As well as building the hikers hut, Jumat also keeps the local area clean, marks the trails and even installed a solar-powered light at the top of the hill – a real caretaker of the local environment. 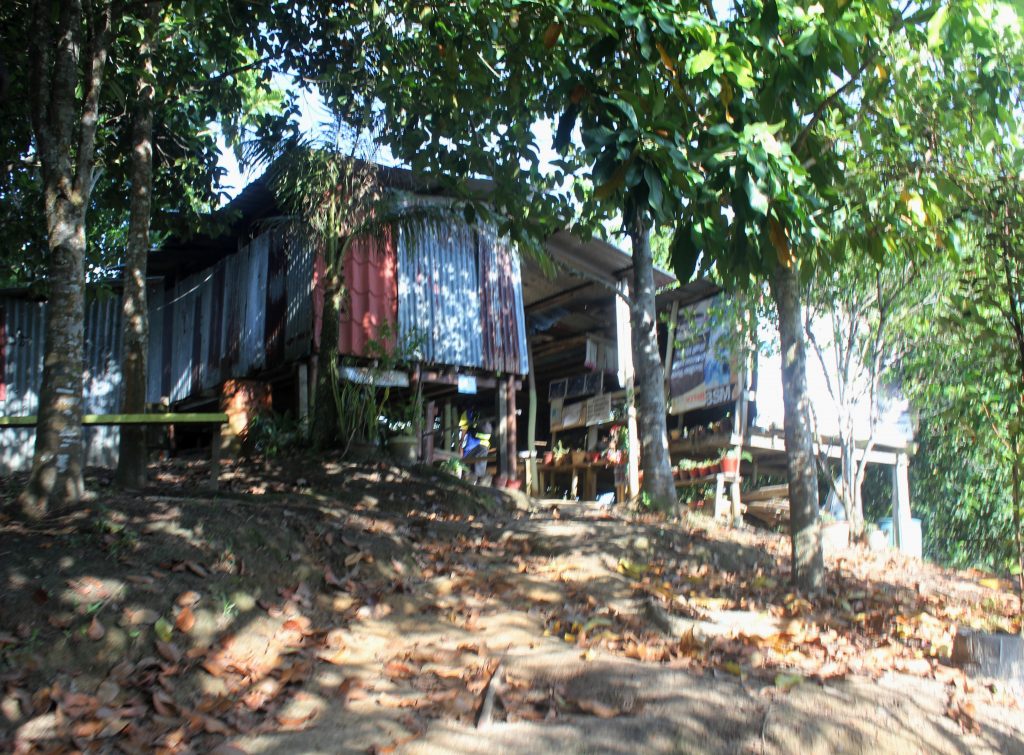 Reaching the top after a tiring hike from conquering just one high hill, we had a rest and took a moment to talk to an elderly local from the village. He was 78 years old and hiked as fast as a young man! He explained that he had hiked the hill everyday for as long as he could remember. During our conversation with the elder, he gave several locations from where “Patingkang” could be found; Patingkang is the local name for the Akar Betta (Betta akarensis). He also explained that the Karamunting hill was named after the flowering plant of the same name, the binomial name of which is Melastoma malabathricum. I first thought the plants were planted by the locals, but then the elder advised that it was native to the hill and only found at the top of this hill in this area, starting at approximately 100m until the summit. 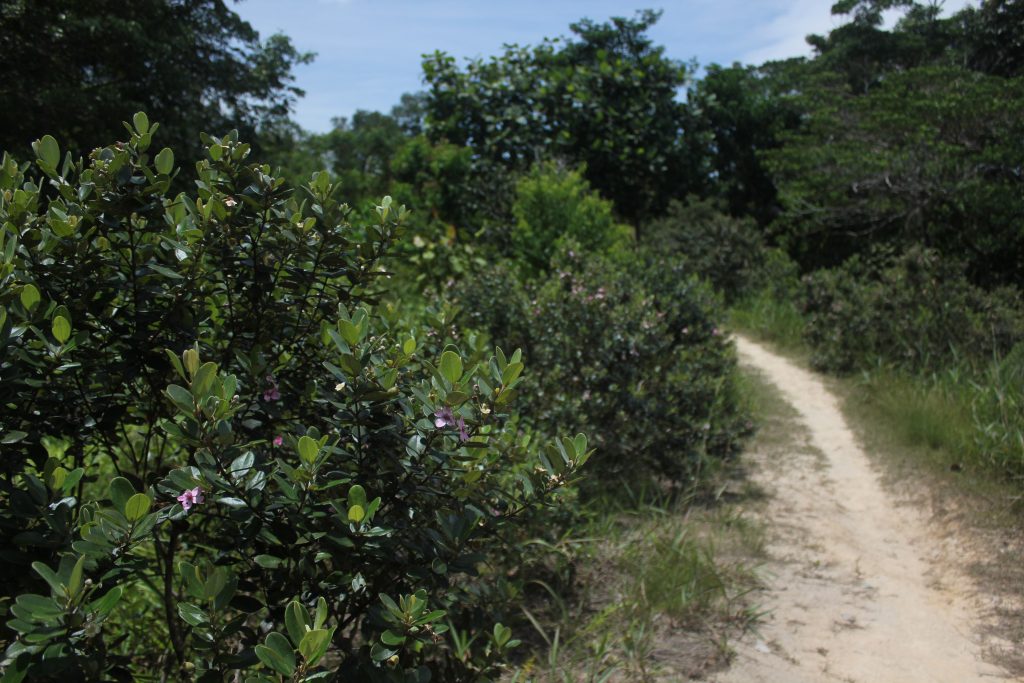 From the hut, we hiked for more than 1.5km up & down hill until we reached Wasai Jumat (Jumat Waterfall). It is named after the caretaker whose name is Jumat and is located at the coordinates 4°54’28.06″N, 114°57’33.69″E . The name of the stream where the Waterfall is located is unknown, even the locals did not have a name for it, but it appears to be a tributary of the Brunei River; this area hosts numerous different streams within a 500 metre radius and several waterfalls due to the area being hilly. 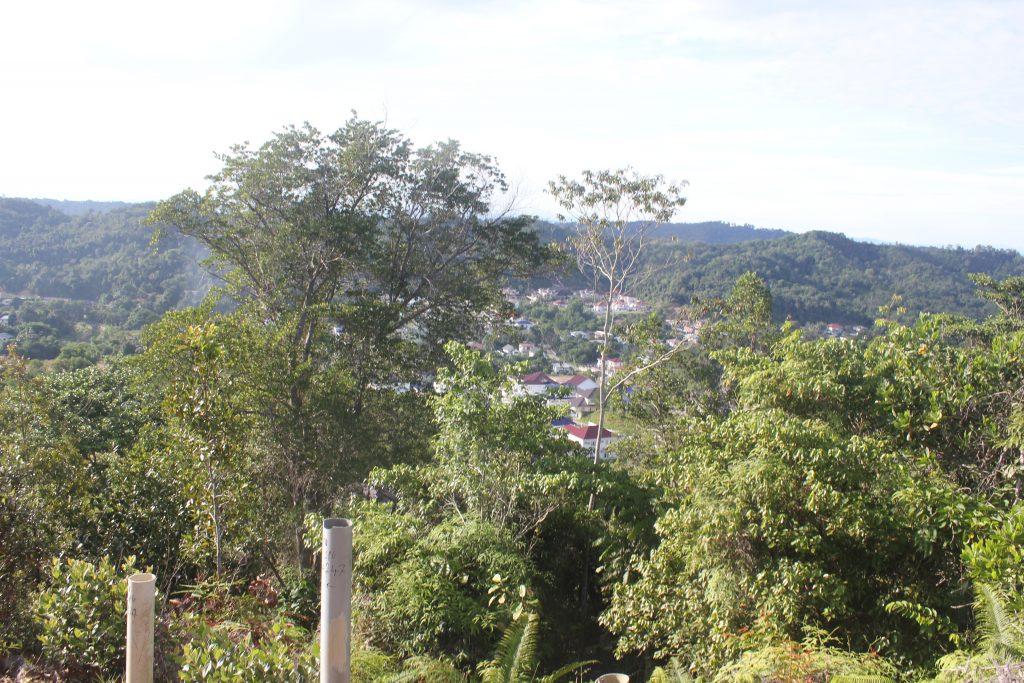 Before I went into the stream, I took some time to observe the surrounding habitat for a span of about 50 metres to see if there were any shoaling fish or potential hiding places for fish. There did not seem to be much activity and unfortunately, the lack of activity was a representation of the poor abundance of fish species in this stream; we found just two known fish species and one invertebrate, a Macrobrachium species at this locality.

As I began to enter the slow, moderately flowing water, which had a varying depth of around 50cm in the shallower edges and up to about 160cm closer to the middle, I noticed the temperature was quite cool, I would estimate that it was in the range of about 23 – 25°C; my colleague Adi tested the pH of the water, which varied between 4.3 – 4.5. 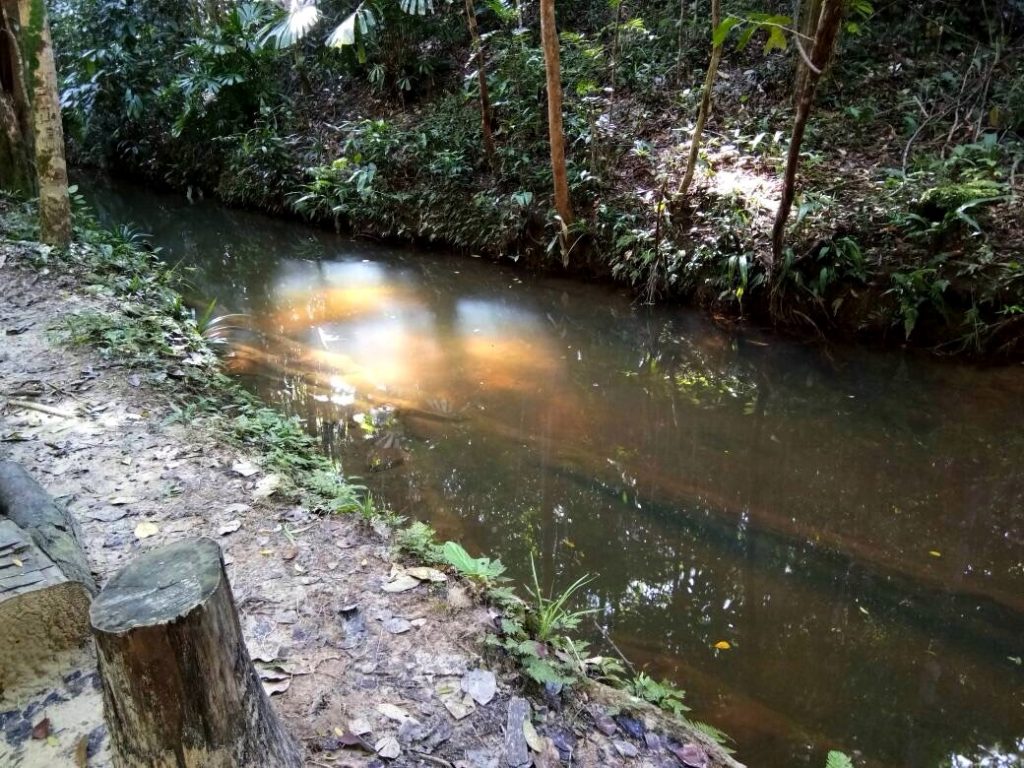 Once snorkelling in the stream, I noted that the substrate was mostly made up of hard clay with some areas of a softer clay and small coarse gravel about 0.5 cm in size. In places where the substrate was made up of hard clay there were submerged tree roots & several caves which were formed by the undercutting river bank, some of which were covered with drift wood but could extend up to 1-2 ft across along the river bank. In places where the substrate comprised soft clay & small rocks, there were also twigs and a small amount of leaf litter. 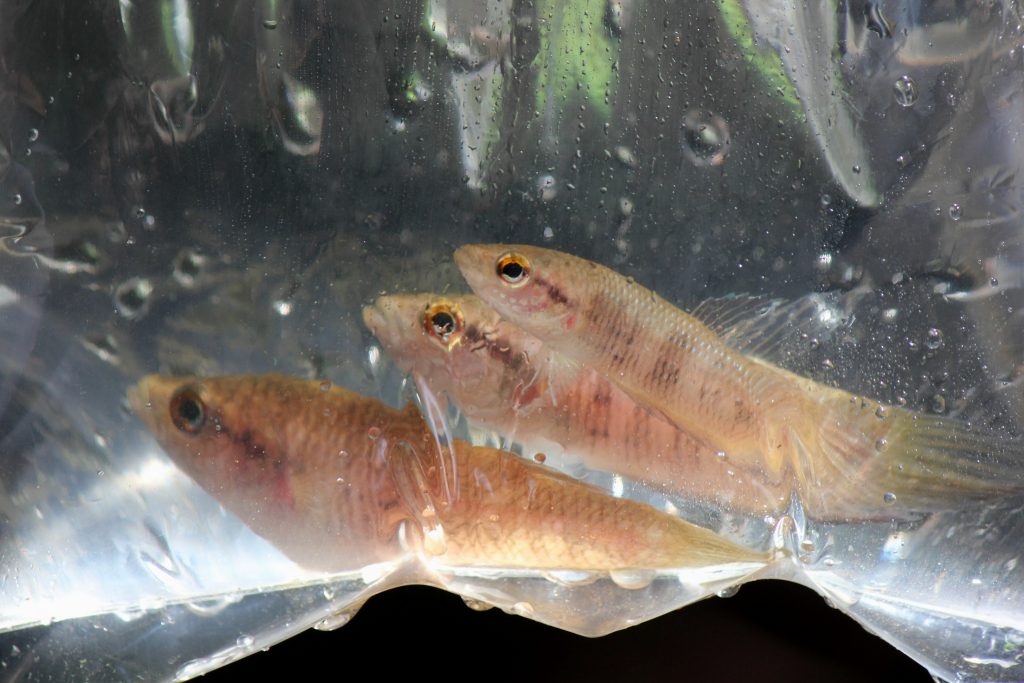 Betta akarensis immediately after capture and ready to be photographed

I set up various traps in places I expected to be frequented by fishes or where there was likely to be some type of refuge for fish; I waited for almost an hour before I finally took out the traps from the water. My traps were successful and I was able to catch and photograph the two local fish species of this small river, Betta akarensis was collected from areas with significant driftwood and other refuges such as the undercutting river banks and Rasbora tubbi in the open water areas; the only invertebrate caught was Macrobrachium lar. 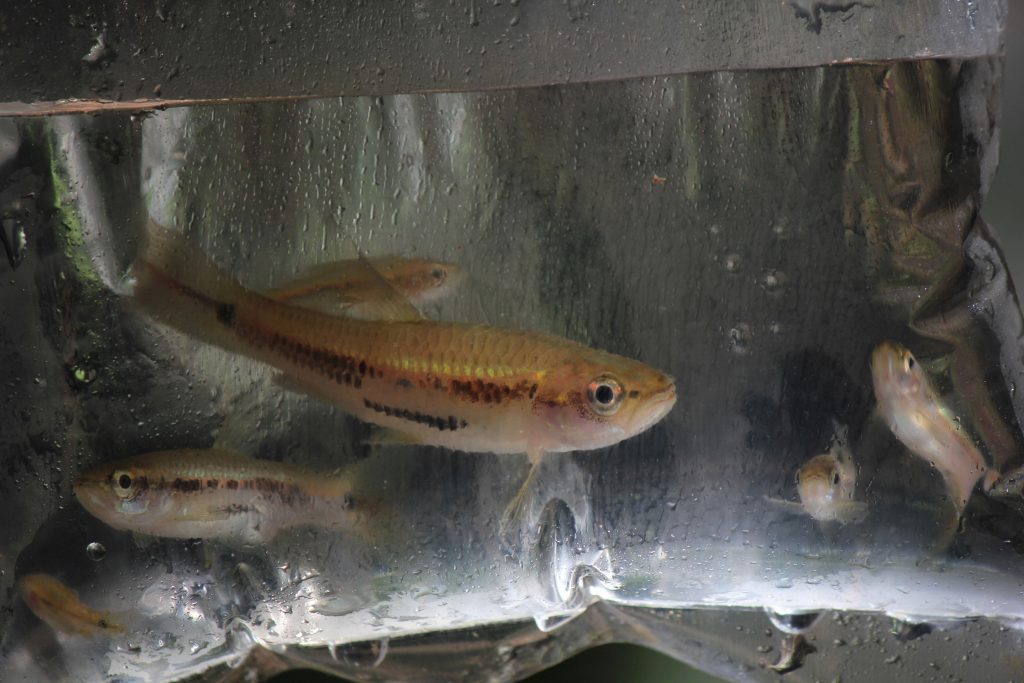 After taking out all the traps, documenting the habitat and taking pictures of each species, we then began our return trip…