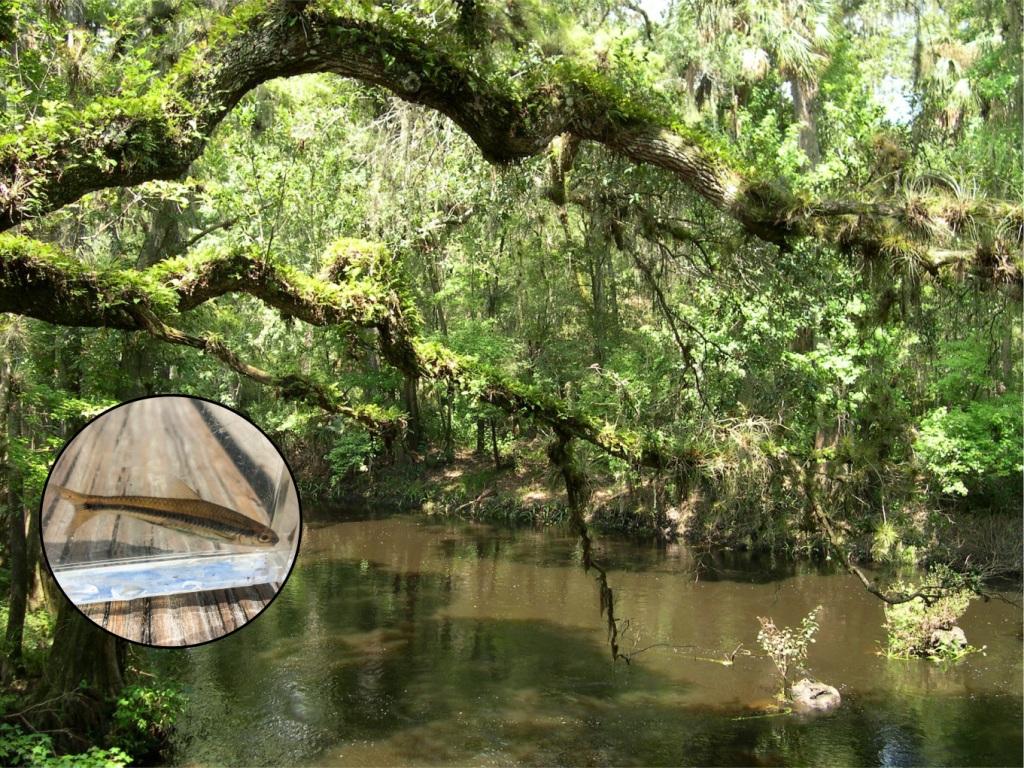 Notropis petersoni, known as the coastal shiner, is endemic to the south-eastern United States where it ranges from North Carolina, through coastal South Carolina and Georgia, throughout Florida, and west through Alabama to Jordan River in Mississippi (Image 1). It can be found in in many different environments including lakes and spring heads, sandy pools, and backwaters of creeks and rivers¹ and feeds predominantly on aquatic invertebrates (crustaceans), with plant material in it’s diet being mostly incidental². 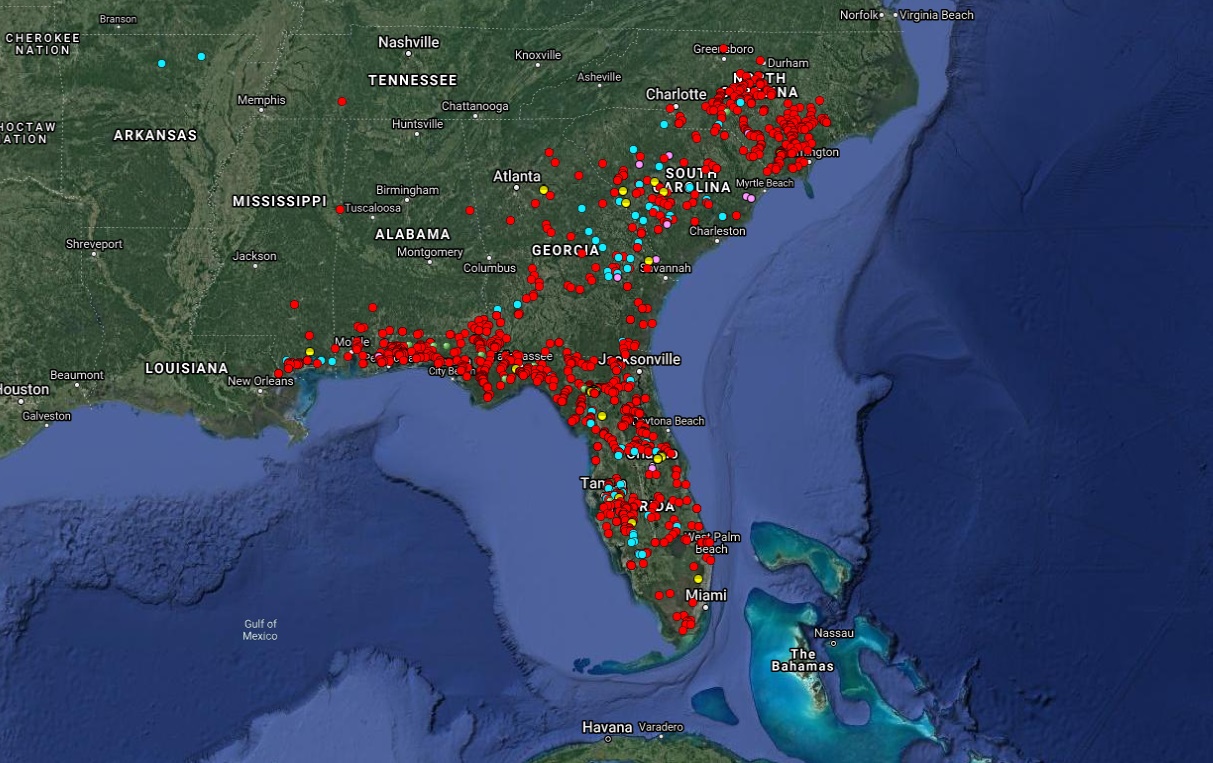 N. petersoni has a black stripe along its side which wraps around the snout and often there is another lighter stripe above the black stripe separating it from the black-edged scales on the upper body. The dorsal fin origin is in front of the pelvic fin origin and it has a terminal mouth. Typically, the body is olive/yellow on top, silver on the side, and white below, however tannic waters produce individuals which are more darkly pigmented. 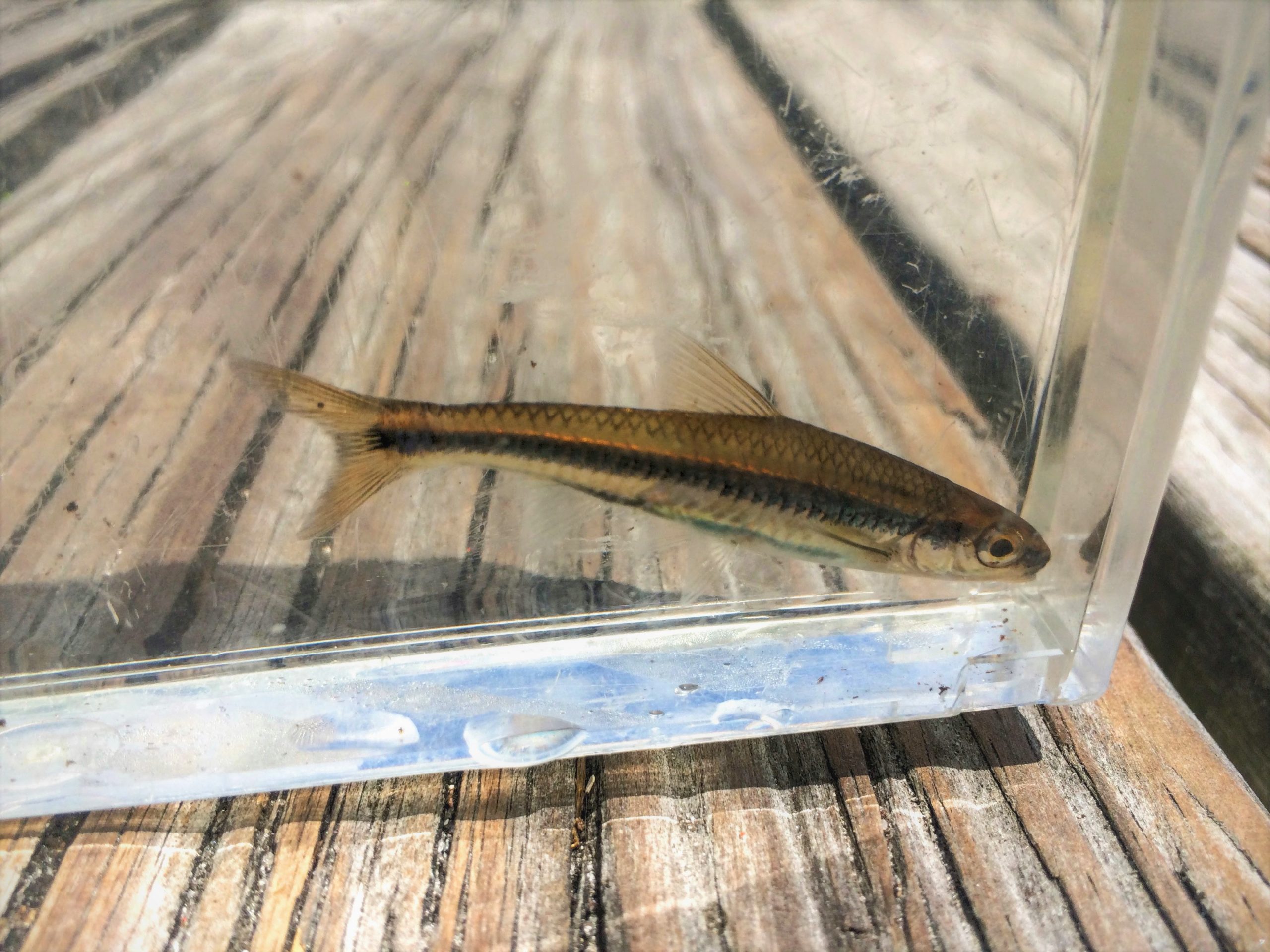 We collected species from central Florida within the Hillsborough River system. In this watershed there are other Notropis species, but they are not easily confused with N. petersoni. The first, N. chalybaeus, the Ironcolor shiner, can easily be identified by the interior of its mouth, which is black. The other species, N. maculatus or taillight shiner, has colourful tail markings that can not be confused with the coastal shiner. 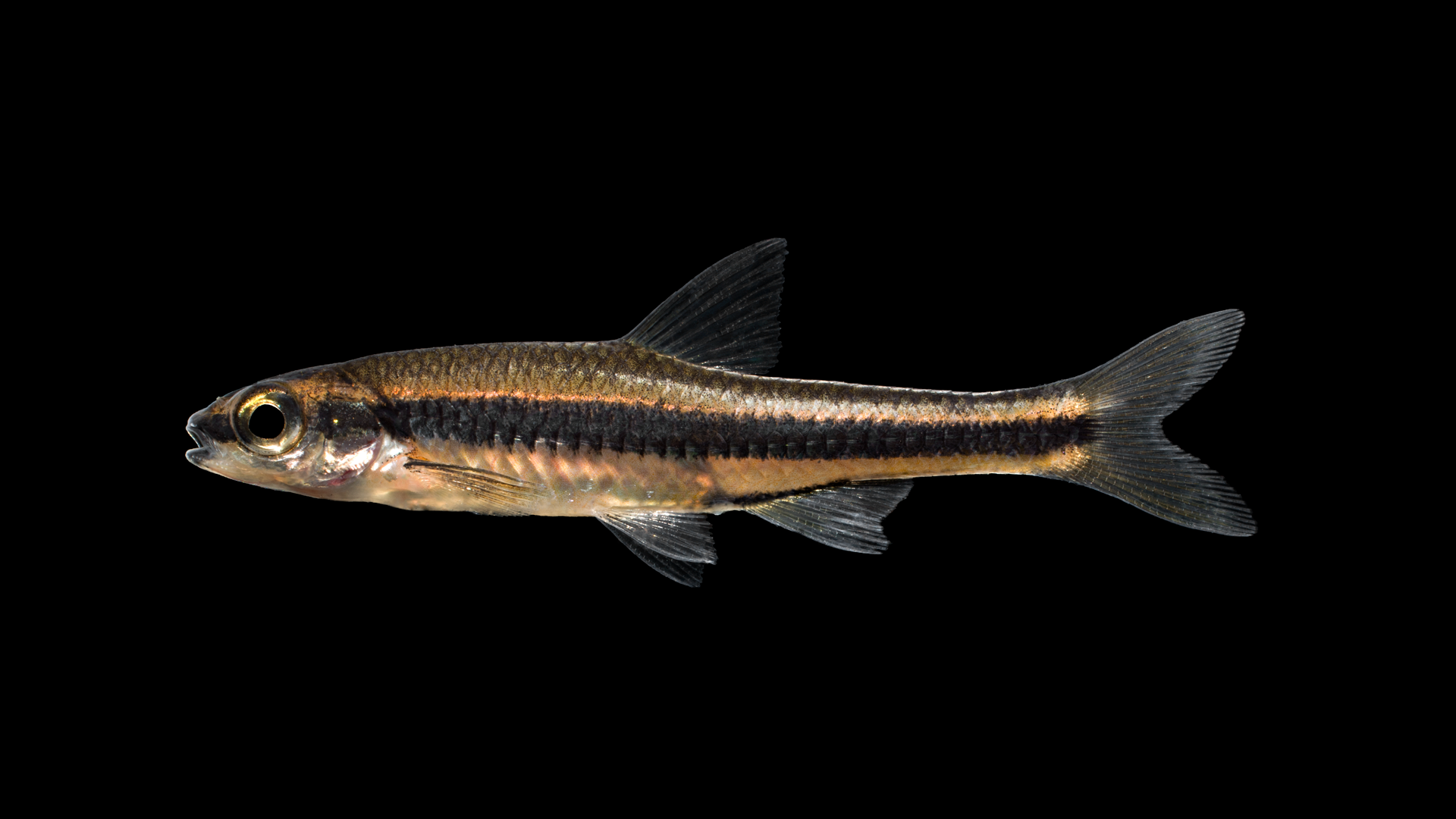 Spawning of Notropis petersoni in the upper Hillsborough River drainage, Florida, typically occurs between March and September in water ranging from 19° to 27°C. In a normal season, young fry from early Spawnings in March/April will become sexually developed by October, fry from later spawnings tend to be fully developed by about December and all fry are on average, sexually developed by the age of one year³. 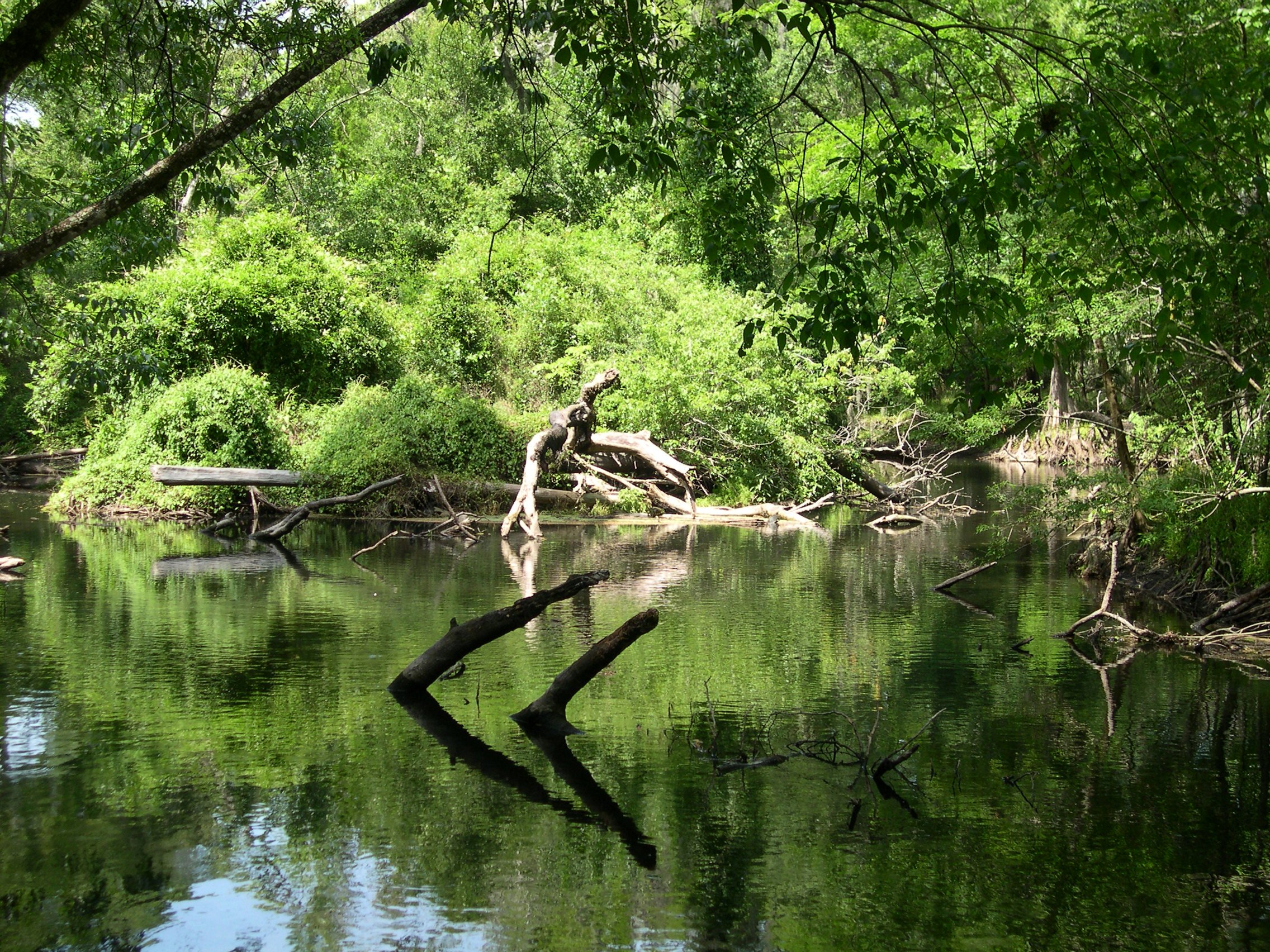 There are a few other Notropis species in Florida which are visually similar including N. texanus and N. cummingsae, but they can be differentiated by the following characteristics: N. texanus has black-edged scales on its body below the stripe while N. petersoni does not and N. cummingsae has its dorsal fin origin behind the pelvic fin origin in contrast⁴. 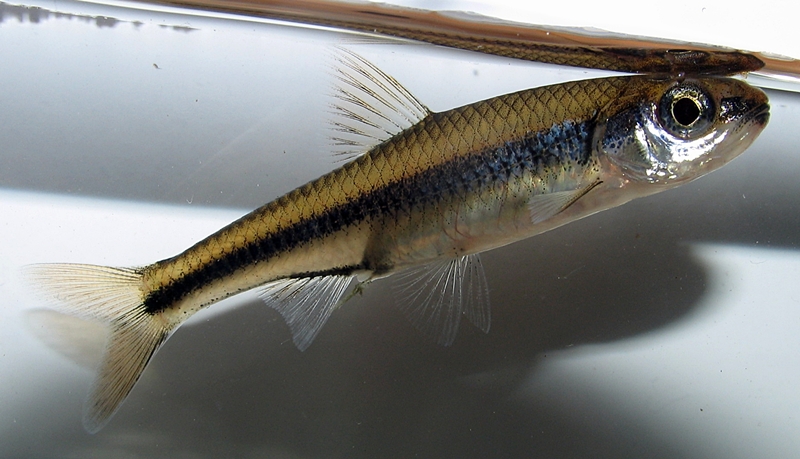 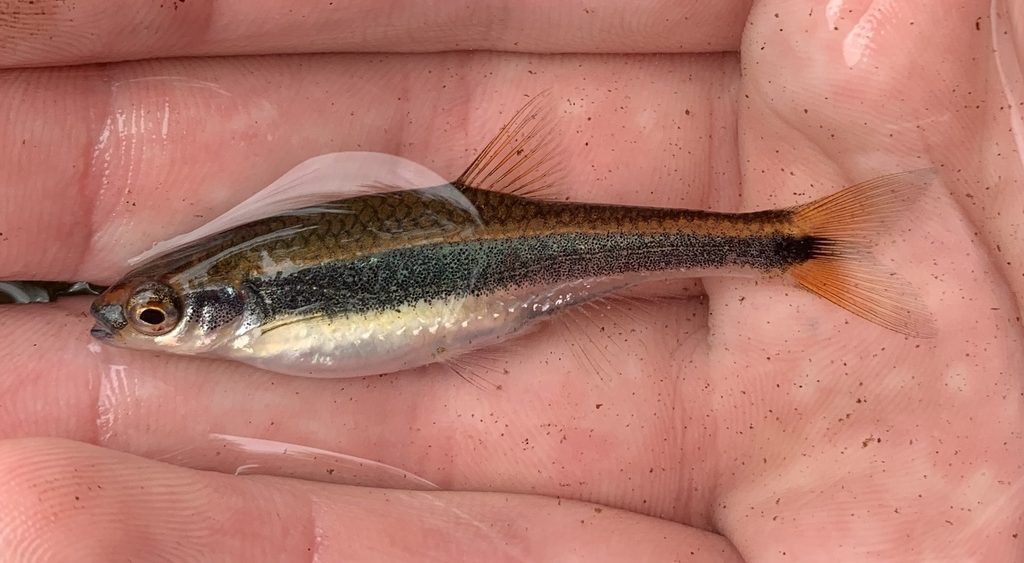 This river system, outside of the urban areas is still undeveloped and stretches through miles of protected prehistoric landscapes. I am reminded of Gloria Jahoda’s 1973 book about the Hillsborough River “The River of the Golden Ibis”, where she writes the following passage: “High plumes of dog fennel had waved on the banks like conquistadores’ feathers. Young pine trunks grew stockade-thick wherever the ground rose. All morning we glided between the mossy ribbons of the banks, among myrtle bushes and swamp lilies and yellow clumps of coreopsis. We passed rocky outcrops that were forty million years old, Joe said, dating back to the Oligocene geological era. We met nobody”; While it is unlikely to meet nobody in current times, the landscape feels as described from what now, is almost 50 years ago. 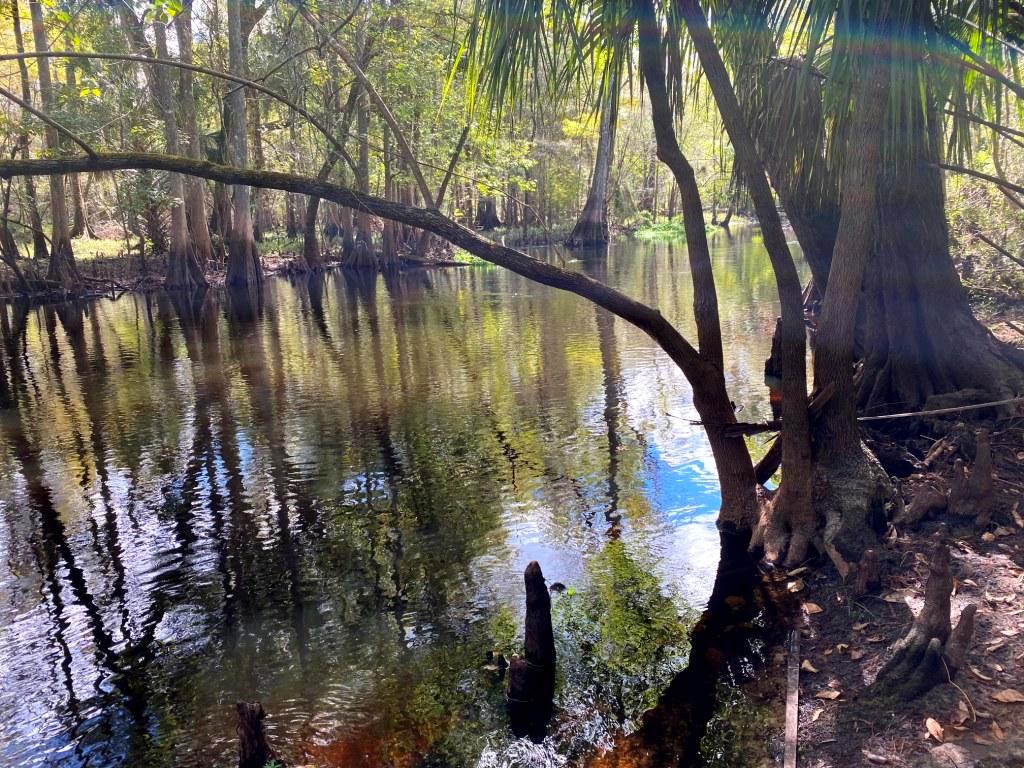 The Hillsborough River in central Florida starts in the Green Swamp near the juncture of Hillsborough, Pasco and Polk counties, it flows 60 miles to Tampa Bay. The biotope of N. petersoni featured here, included some interesting species in addition to the fishes, and it’s always exciting to come across these Floridian icons, the American Alligator (Alligator mississippiensis) pictured below. 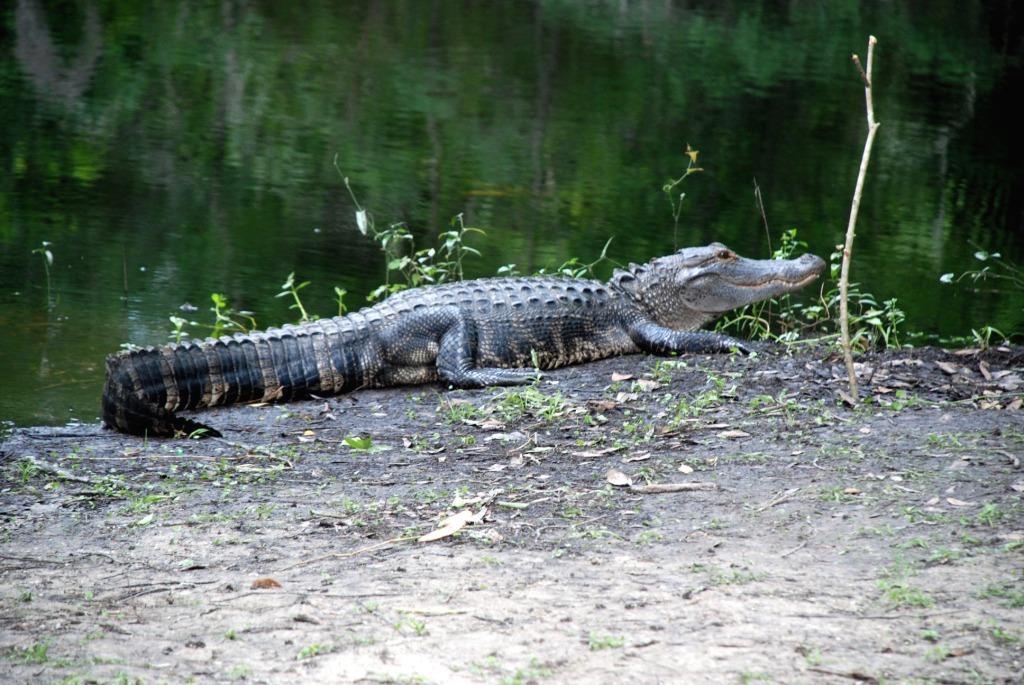 An American Alligator (Alligator mississippiensis) on the shores of the Hillsborough River – R. Crutchfield©

Aquatic plants were abundant in some areas and mostly comprised a combination of what appears to be, native Spirodela polyrhiza (Giant Duckweed), other riparian vegetation, plus non-native Eichhornia crassipes. 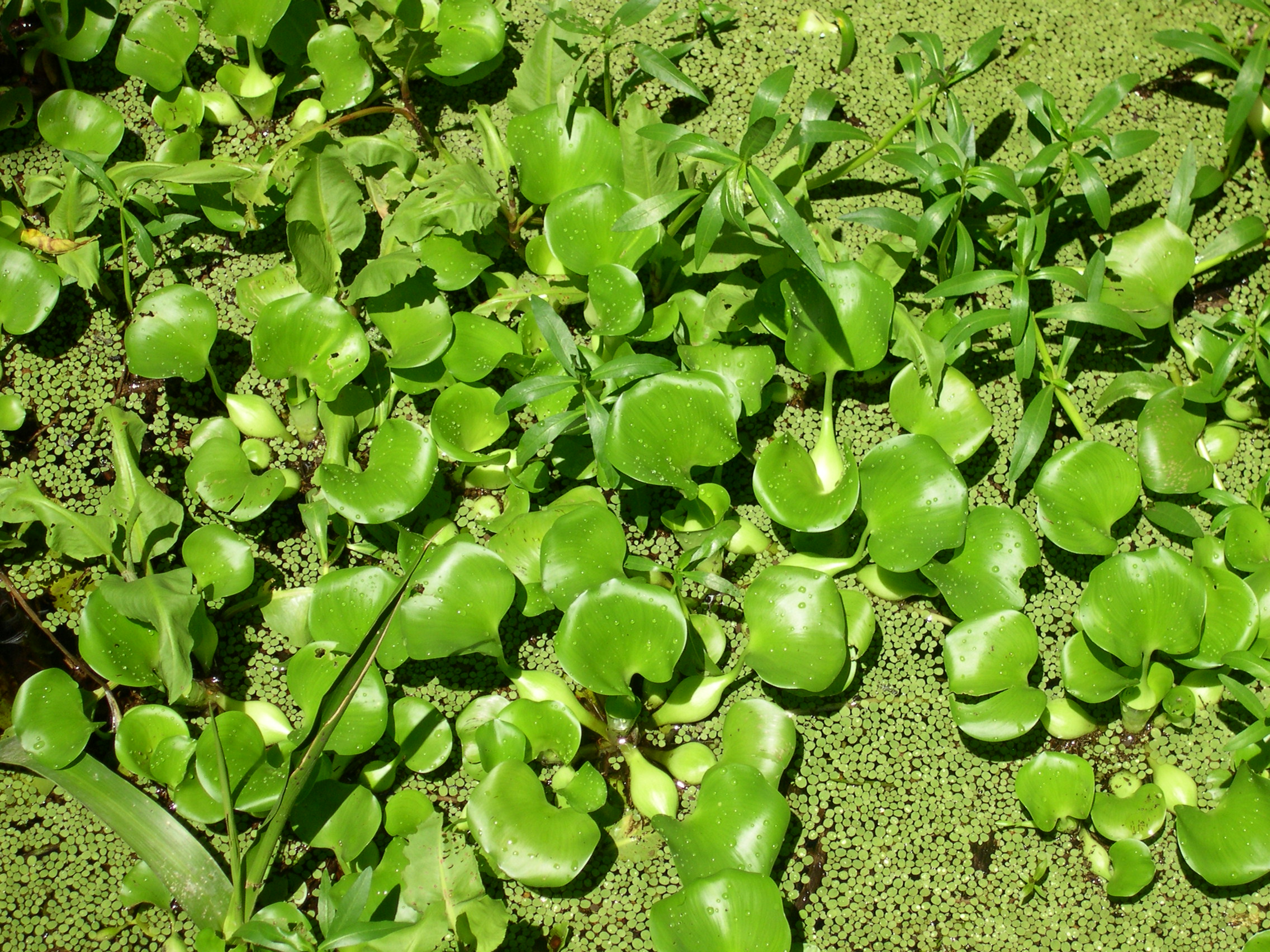 Spirodela polyrhiza? Eichhornia crassipes and other plants make up the macrophyte presence in this biotope 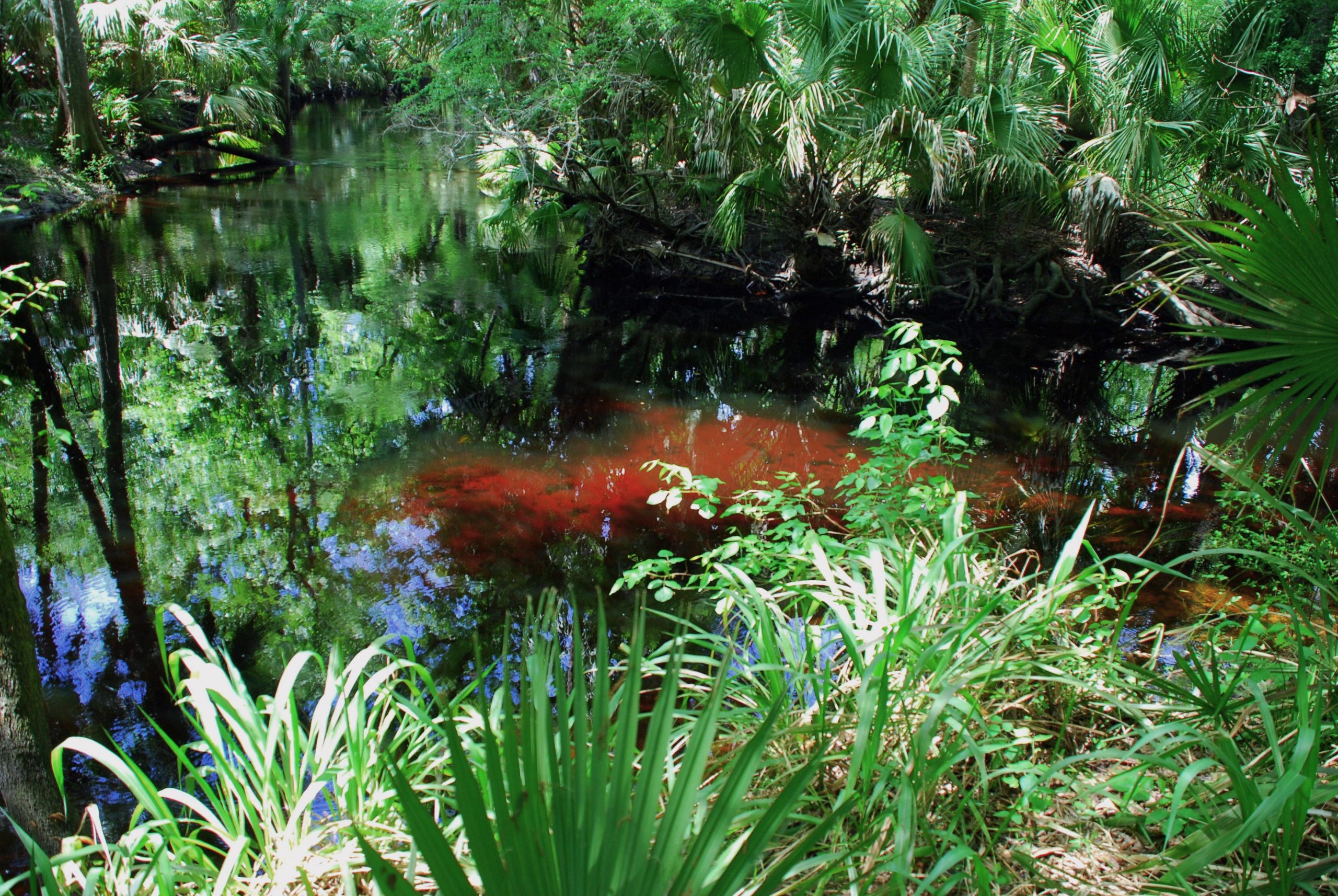 An idyllic view of the biotope of Notropis petersoni along the Hillsborough River – R. Crutchfield©