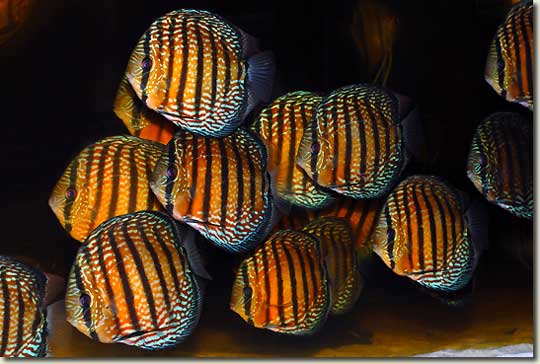 Habitat: This is a lake often confused in with the name Curipera. It is a smaller lake located west from the city Alenquer in the state of Pará in Brazil. There is a single native village of fishermen along its northern shore and the lake is surrounded by growth of large grass, which is submerged during high water period. There are some trees, but most of the area is deforested for cattle and buffalo farming. The lake connects with the Rio Curuá and other bodies of water in the Alenquer region during the floods. The discus and their mates, such as angelfishes, larger earth eaters and other cichlids, loricariids and large characoids live in such a biotope as shown, in very large groups. Aquatic vegetation is almost absent except for floating plants and some large Cyperus along the edges. 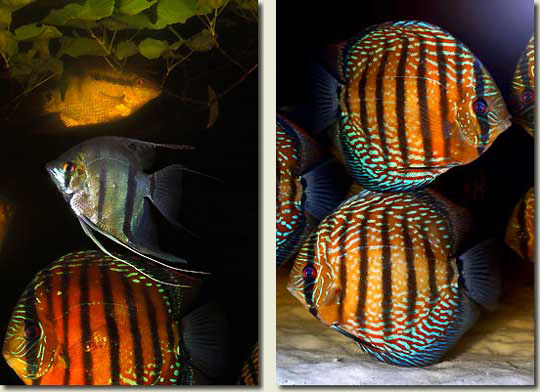 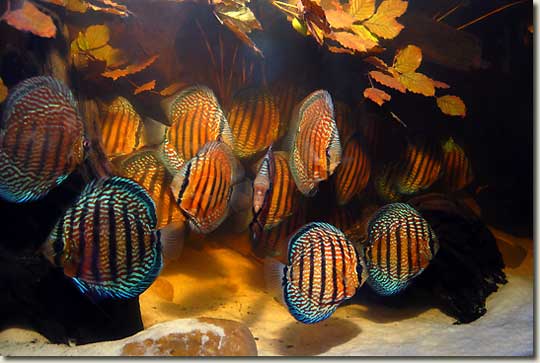 Plants: floating plants like Eichhornia crassipes, Pistia stratiotes, Utricularia species,Azolla caroliniana and many Ludwigia helminthorrhiza can be found. new balance femme And some large Cyperus standing along the lakes edges. 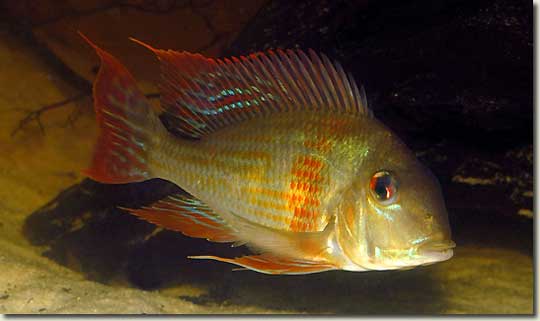 Heiko’s comments: The Lago Cuipeuá has for years been confused (used) as Curipera, a lake that does not exist in the Alenquer region were these fishes are coming from. Here one can see that there is one alpha animaland also a fully striped male, called “Royal Blue”, and a more Cuipeuá-like brown, with some reddish colours. (The extreme reddish discus as often identified with the name Curipera, or by some now correctly as Cuipeuá, are very rare.) Cuipeuá is one of the few lakes were discus hide among the submerged grass during the lower water season and this is the only time (one month out of 12) that discus can be collected here. The fishermen circle the grass and catch an entire large group (one as shown). https://www.goldufo.com/ffxiv-gold Here the discus can find lots of aquatic insects among the grass, algae and terrestrial insects and that is why they come here during that short period. bottes ugg australia A few angelfishes swim along most of the time as they feel protected within the large discus group, also Mesonauta species but more in the upper water region. new balance mrl996 Loricariids and cichlids dwell over the sandy ground, filtering out the sand (as discus do) for micro-organisms. In this authentic display one can see how discus live with their young – 48, almost one year old discus, with their parents (the fully striped and the red discus). The decoration is biotope-correct, as seen by me in Cuipeuá during raising water.