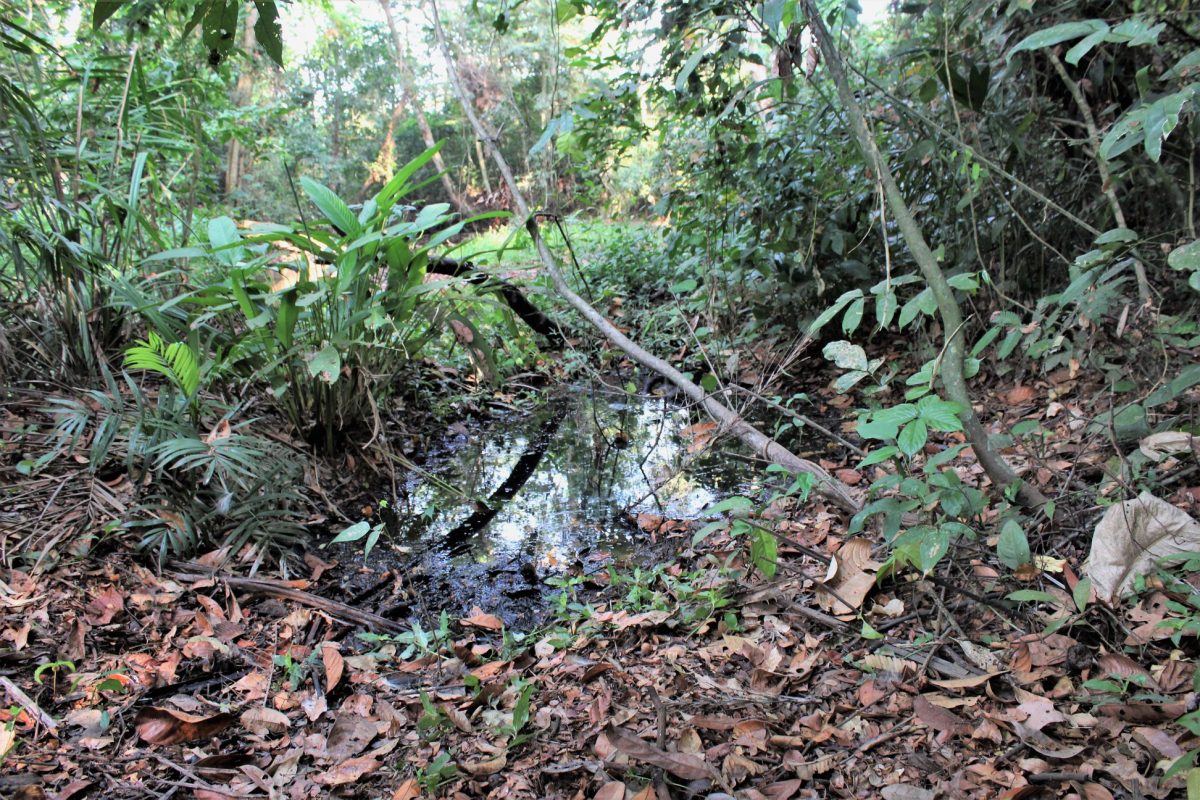 The Clown Killifish or Banded Panchax (Epiplatys annulatus) is a species of fish in the family Nothobranchiidae, an African rivuline, native to freshwater habitats in Guinea, Liberia and Sierra Leone in West Africa. (Fishbase)

The climate across its range is hot and wet with a pronounced wet season between April-May and October-November), and most rivers tend to run perennially. The water is generally warm, soft and acidic but much primary rainforest has been destroyed with surviving pockets existing as protected forest reserves in many cases. Kasewe is one such reserve in Moyamba district, Sierra Leone, and comprises an area of hills composed of volcanic rock covered by moist, semi-deciduous and evergreen forests. Other fish species known from Kasewe include Ladigesia roloffi, Scriptaphyosemion chaytori, Pelvicachromis humilis, Mochokiella paynei and Notoglanidium thomasi. (SeriouslyFish)

This small killifish inhabits quiet bodies of water, creeks and smaller rivers in the open savannah as well as in the rainforest. Usually found among bordering vegetation or lily pads in fresh water, but may also be found in slightly brackish water. (IUCN)

Collector and water research scientist Russell Brian Tate commented saying “I didn’t think I would ever find one of these! This is Epiplatys annulatus, from a coastal system in Sierra Leone. I observed these fishes in the small pools adjacent to the stream as well as in the stream itself under the canopy cover“.

The overall shape is reminiscent of a miniature pike. They are torpedo shaped, with a roundish head and upturned mouth. The dorsal is placed far back on the body, with the first rays of the dorsal beginning just above the last rays of the anal fin. The caudal is spade shaped, and the central rays of an adult’s caudal fins are elongated. Those of the male can again be nearly as long as the rest of the rays of the caudal, while those of the female generally only extend a small bit beyond the rest of the caudal rays. (TFH Magazine)